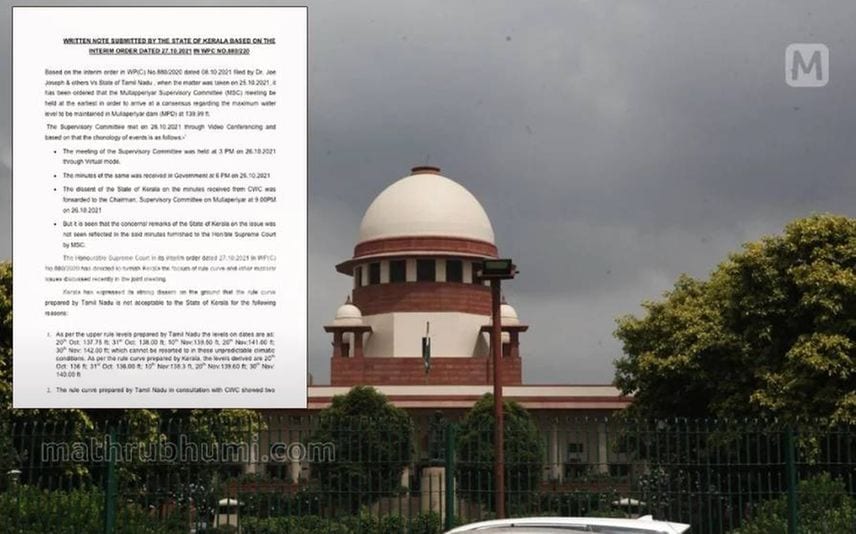 New Delhi: The Kerala government had informed the Supreme Court on October 27 that the state has approved the request to cut the trees in the catchment area of the Baby Dam in Mullaperiyar. The decision was made at the secretary-level meeting held on September 17, the Standing Counsel G Prakash informed the top court in a note submitted on October 27.

The meeting also decided to allow the transportation of construction materials to the location. The documents surfaced when the government claimed it was unaware of the permit order issued by Chief Wildlife Warden Bennichan Thomas.

Minister Roshy Augustine informed the Assembly that no such decision was made at the meeting on September 17. Mathrubhumi News had earlier released the documents that contain the discussion regarding tree felling and the evidence that the file had reached the water resource department.