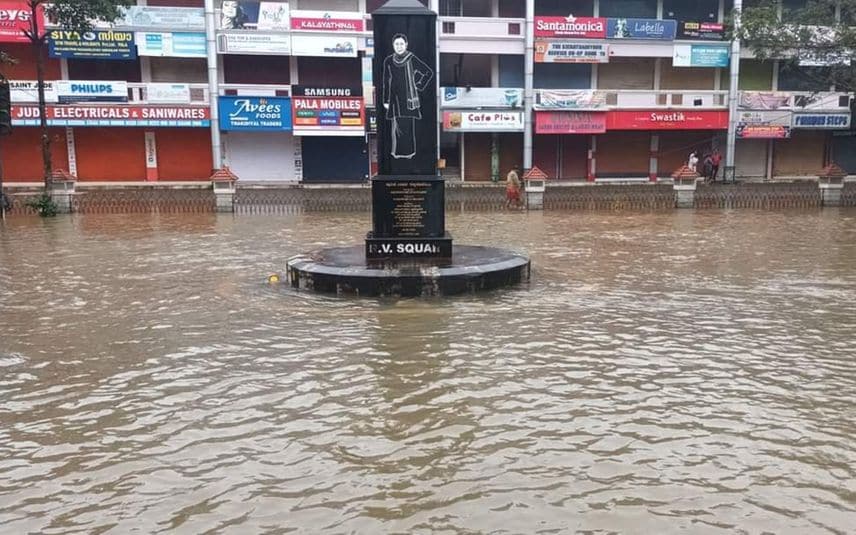 Kottayam: Several places in Kottayam were flooded on Tuesday due to the incessant rainfalls. The water level in Meenachil and Manimalayar rivers increased critically. Among them, an alarming situation exists in the regions including Cheppad and Teekoyi near Meenachil. Many places in Pala town remain waterlogged.

Floods hit Kottaramattom and regions in front of the Bishop House. The merchants have shifted their possessions from the shops in areas vulnerable to floods on the previous day itself.

KSEB has opened control rooms in view of the continuous rainfall recorded in the state.