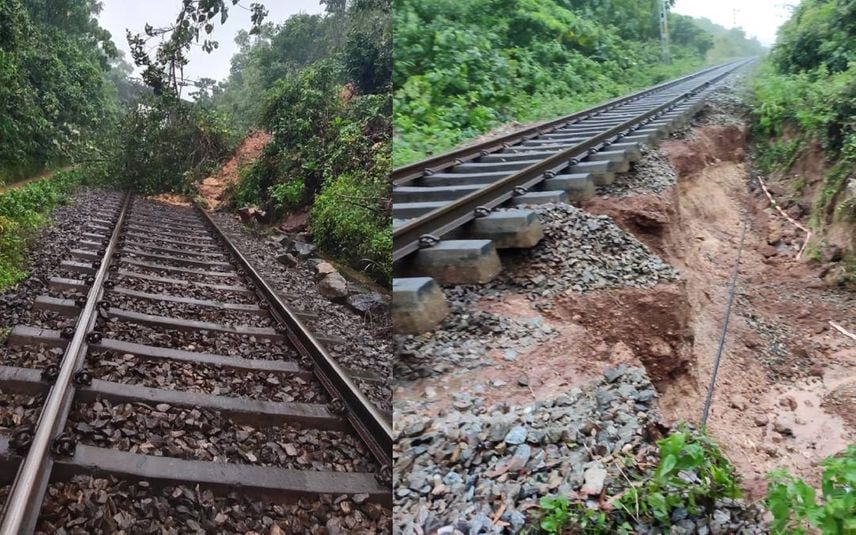 Kasaragod: The train services were disrupted due to a mudslide in the Konkan railway near the Murdeshwar - Bhatkal region on Tuesday.

Earlier, the region received heavy rainfall leading to mudslides near the railway track. Further, tracks were also flooded in certain areas in the region.

Meanwhile, the railway authorities had launched repair works to resume the train services by evening. The Ernakulam-Pune Express was halted as a result of the mudslide. At the same time, the Thiruvananthapuram-Veraval express was stopped near Seenapuram. The train which departed from Gandhidham to Tirunelveli is halted at Kumtha Railway Station.

Disrupted train services are as follows: