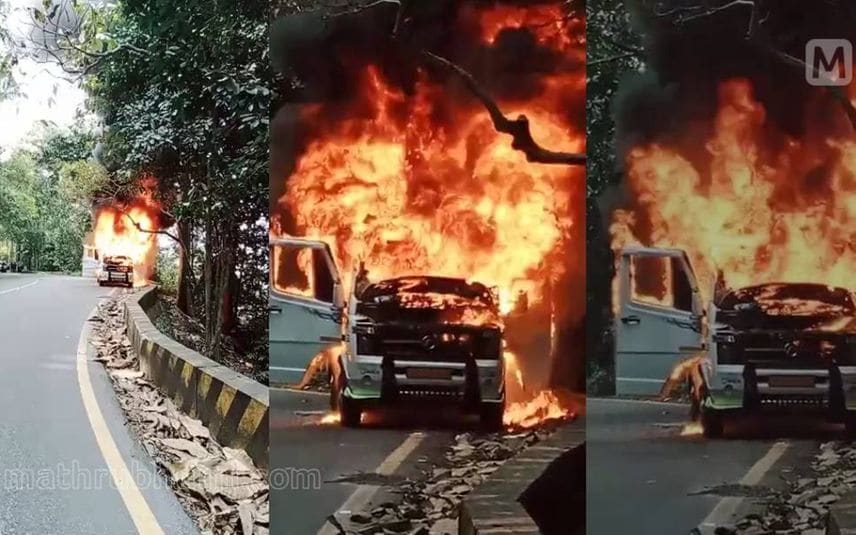 Kozhikode: A moving tempo traveller caught fire at Thamarassery ghat road here on Friday. The incident happened on the road between the sixth and seventh curve of the ghat road around10 am.

The driver had a narrow escape as he parked the traveller by the roadside and deboarded immediately after seeing fumes rising out of the vehicle. No casualties were reported.

Fire force officials from Mukkam arrived at the spot and doused the fire.