Mortal remains of Sreejith laid to rest at Chemancheri 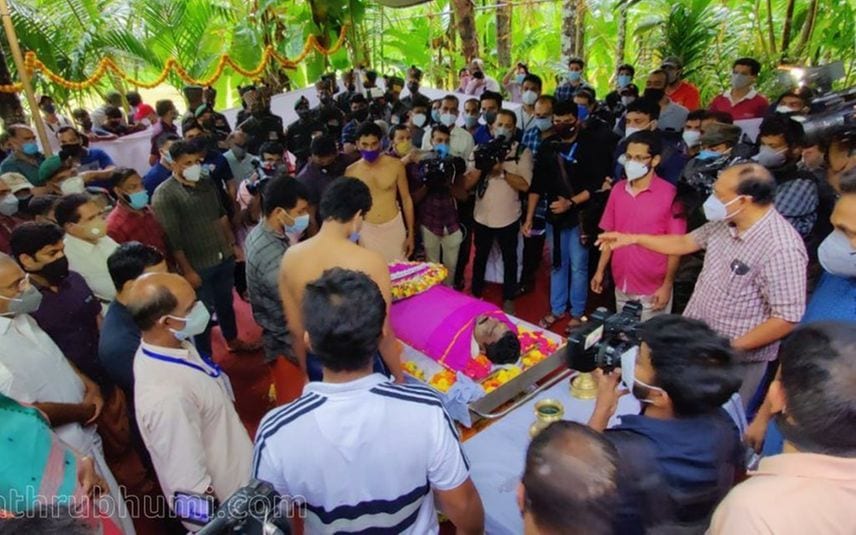 Koyilandy: The body of Malayali soldier M Sreejith (42), hailing from Pookad in Chemancheri, Kozhikode, who was killed in a terrorist attack in Kashmir, was laid to rest on the premises of his house on Saturday morning with full military honours. The final rites were held abiding to Covid protocol. A public homage was avoided fearing large crowds.

Sreejith and a Telangana soldier were killed in an attack in Jammu and Kashmir while the army was working on plugging an infiltration bid. Two terrorists from Pakistan were also killed in the attack.

In order to prevent large gathering of local people, tight restrictions were implemented in the surrounding areas from Friday afternoon.

The authorities received the mortal remains of Sreejith on Friday night at the Walayar border. After the official procedures, the body reached his house by 1 am. Palakkad DySP P Sasikumar and Tehsildar T Radhakrishnan received the body of Sreejith on behalf of the state government.

Before reaching hometown, the mortal remains of Sreejith reached the Air Force station at Sulur on Friday.

Malayali soldier had drowned on Aug 15 while driving back to Pachmarhi, confirm officials