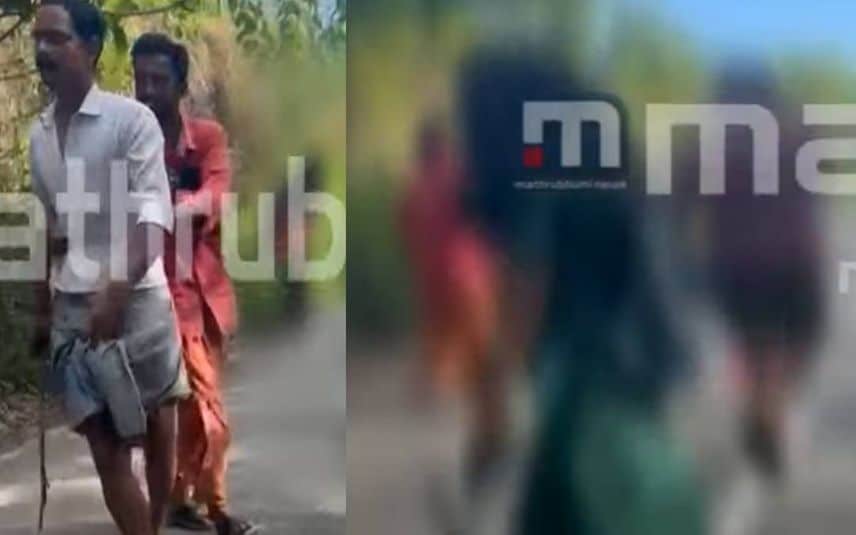 Thiruvananthapuram: In another case of moral policing, a group of school students who visited Vellanikkalpara in Thiruvananthapuram for sightseeing was attacked by locals on Wednesday. The locals were infuriated after seeing boys and girls in the area celebrating their Onam holidays.

The visuals captured by onlookers show a man beating a girl using a stick in the middle of the road. The locals stopped them and threatened them not to return to the area again. However, the verbal spats turned into beating after one of the locals started to assault the girls. The attacker can also be heard saying that he whipped the girls only below the knee. He also threatened the person who captured the visuals.

Pothecode police said that incident happened on September 4. Manesh, a Sreenarayanapuram native, was arrested in connection with the incident. However, he was released on bail after charging with minor offences.