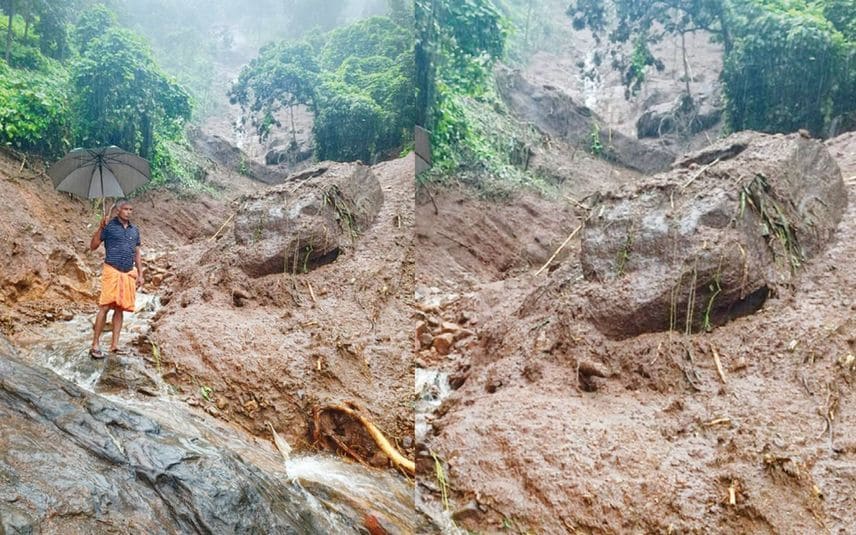 Kottayam: Landslides and mudslides threaten lives in various parts of Kerala as monsoon continues to wreak havoc in Kerala.

The people in Meenachil in Kottayam, a hilly terrain, live in constant fear due to recurring landslides for the last several years. In total, 52 landslides and around 100 mudslides occurred here in five years.

Uncertainty of an impending disaster has deprived people of sleep for the last several days. The incidents are predominantly recorded in Thalanadu, Teekoy, Melukavu, Poonjar, and Moonnilavu panchayats. Of this, Moonnilavu witnessed landslides in five different locations this year. In Teekoy, nine landslides were recorded in just the last two days.

In the case of mudslides, the land cannot be used for agriculture or other purposes. Landslides are more likely on slopes of up to 25 degrees. The National Centre for Earth Science Studies has identified vulnerable areas in this region and suggested rehabilitation.

But people complained they could not sell the land for a fair price. A study by the Geological Survey of India found that the soil thickness in vulnerable areas is 3-4 metres. This is dangerous during the monsoon season.