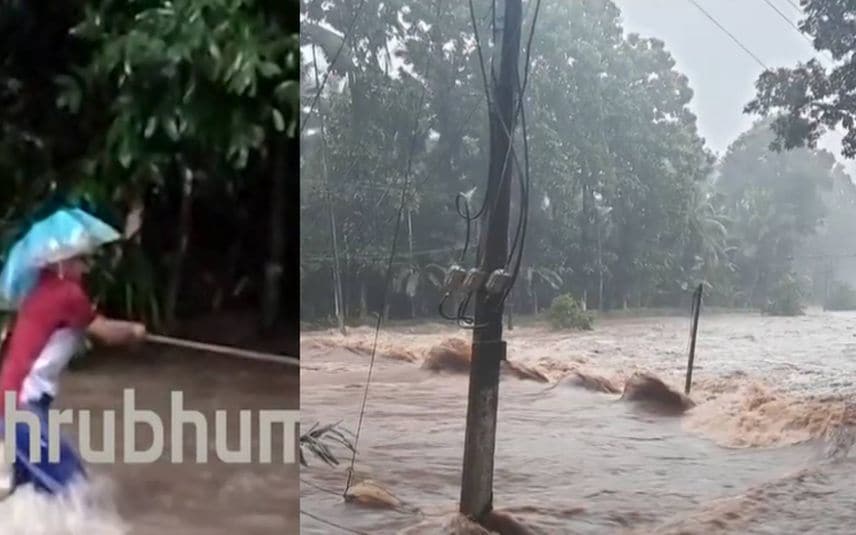 Several houses in Kottayam were flooded after a landslide hit the hilly areas. Meanwhile, there are reports that tourists are trapped in Ponmudi. Earlier, IMD had forecasted heavy rains in the state for the next five days. Heavy rain is recorded in Mundakayam Erumeli parts. Many areas were flooded but no casualties were reported.

Thiruvananthapuram district also recorded heavy rain on Sunday. The tourists who visited the Ponumdi region were trapped after the water level rose in a stream near Meenmutty waterfalls.

Vehicles returning from the waterfalls were trapped on one side due to turbulent water flow in the stream. It is learnt that some locals managed to help some tourists cross the stream despite rising water hindering other rescue approaches.

The central Meteorological Department has predicted heavy rains in Kerala till August 4 with orange alert being issued in various districts in the week ahead.

Thiruvananthapuram: Meesha, a novel by S ...