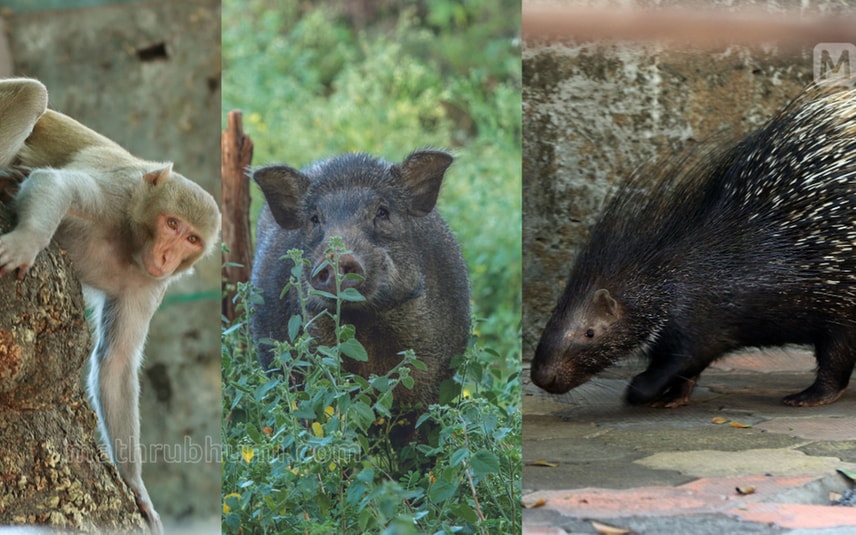 Thalayad (Kozhikode): Wild animal menace in the region has put farmers in Kozhikode’s Kakkayam in distress. For 10 years or so, the farmers are losing their crops to wild animals and now it has reached a point where the farmers are losing their patience too. Monkeys, wild boars and porcupines are raiding their crops and fetching daily bread from agriculture has become almost impossible.

New generation of individuals in the agrarian families stand away from agriculture due to these reckless wild animal raids. While, those involved are not able to counter the issue. Some even tried switching crops, but the plight remained. The authorities concerned seem to be in sleep, despite their cry for interventions.

“I have a 1.8 acre plot. In that, I have 88 coconut trees and 70 cacao trees. Monkeys will raid the coconut trees even before the tender coconuts are formed. The monkeys are reaching here from the nearby forest fringe. Once the yearly yield was around 3,000 coconuts. However, now its only 400 coconuts or so. It is impossible to sustain,” say K Balan, a 78-year-old farmer from Thalayad.

His plot gives a picture of hawkish reality the farmers face. Hundreds of tender coconuts pierced by monkeys are scattered in the coconut grove. The monkeys not only attack crops but also create ruckus in the premises or even in the kitchen. The tiled roof has been damaged.

Some farmers switched to banana and tuber crops as monkeys posed a threat to cultivation of coconut, cocoa and areca nut. However, wild boars and porcupines started to attack those crops too.

The issues related to wild animal menace have been reported from areas like Periyamala, Thottilpalam and Poothappara. According to farmers, the method of using crackers to dash away monkeys no longer works. Many remain clueless about earning livelihood as times are getting challenging. They also alleged that they are not receiving any compensation from the government.