Money for national party looted through staged accident, 9 in custody 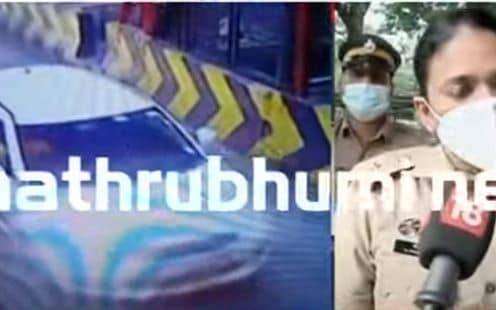 Thrissur: Nine persons have been taken into custody in connection with the incident of looting money brought for national party for election purposes through a staged accident. The police nabbed nine persons belonging to the hawala mafia early morning on Monday from Ernakulam.

The seven persons are directly involved in the incident while two others acted as helpers.

Thrissur SP G Poonkuzhali stated that the political links to the case will be probed.

A Kozhikode native had filed a complaint that a fake accident was staged in Kodakara here and the car and Rs 25 lakh were looted.

Meanwhile, reports claim that the district leaders of the national party conspired to fake the accident and there was Rs 3.5 crore in the car.

However, the FIR registered by police doesn’t carry the name of the political party. Also the complainants repeated that only Rs 25 lakh was there in the car.

The incident took place on April 3. Three cars that followed the vehicle carrying money faked the accident. Following this the accused took away the money and abandoned the car in another place.

The passengers of the vehicle registered complaint that Rs 25 lakh brought for the purpose of real estate business were robbed. But the police probe found that the vehicle carried Rs 3.5 crore unaccounted money which belonged to a national party and was brought for election purposes. However, none of the details were officially disclosed.

A plan was hatched to stage a fake accident similar to that in Thrissur, in Palakkad too. The district leaders of the party in Palakkad were behind it. But the lapses from the car driver, who was asked to fake the accident, foiled the attempt. Following this, the party leaders withdrew from the plan.

After hatching the plan, the leaders had given directions to the car driver. But the confused driver sent a message to someone else while enquiring about the correct accident spot. The man who received the message approached the police and the conspiracy was revealed.

Meanwhile, the Election Commission is also probing into the case as police are reluctant to reveal the party involved. Commission has asked state police chief DGP Loknath Behera to hand over the details of the case. However, no further development took place in this regard.

As per reports, the police are delaying the handing over the details as no written request was made in this regard.

CPM, the other day, had alleged the money belonged to BJP and demanded the EC to probe into the incident.

Police have identified 10 accused in the case, out of which five belonged to Thrissur. One of the three cars of the accused were also taken in custody.

Kerala accounts for more than 50 per cent of India’s oleoresin production: ...