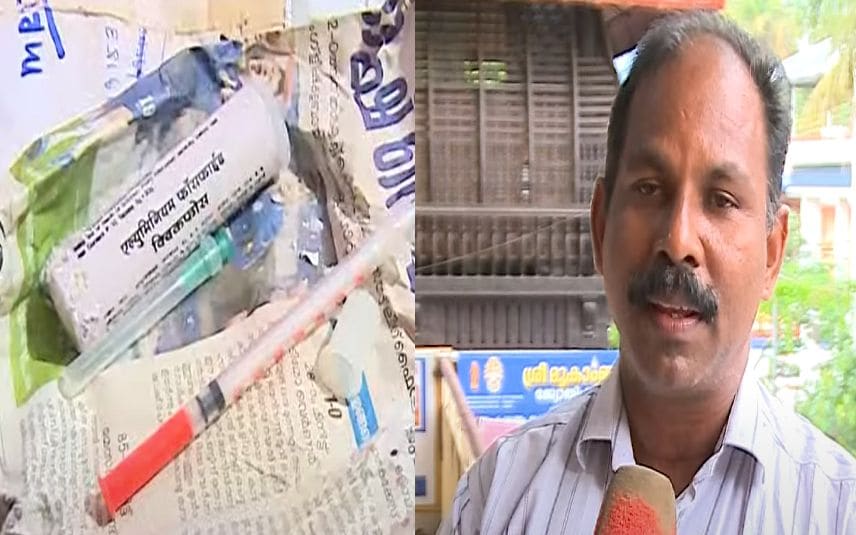 Thiruvananthapuram: A man cast allegations at the Parassala police in a case registered against his wife and her boy friend. This comes at a time when Parassala police is feeling the heat in the sensational Sharon murder case.

According to Parassala native Sudheer, police were not keen to register the case in the beginning. He alleged that the officials were not even ready to register the complaint and he had lodged it with great difficulty.

According to Sudheer’s complaint, his wife and her boyfriend attempted to murder him in 2018. The woman used to poison the Horlicks drink and Sudheer came to know about it very late after becoming uneasy on having the drink.

Sudheer suffered headache and was put on ventilator support at Thiruvananthapuram Medical College for three days once when his condition worsened.

Later, he and his wife lived separately. Sudheer happened to see a cover with aluminium phosphide (AlP) and a syringe three months later and suspected poisoning of his drink.

He also claimed that his symptoms and medical reports corroborate AIP poisoning. Sudheer believes that his wife’s boyfriend sent AIP through courier and he has evidence for the same. However, the police have been giving a lukewarm response, he alleged.