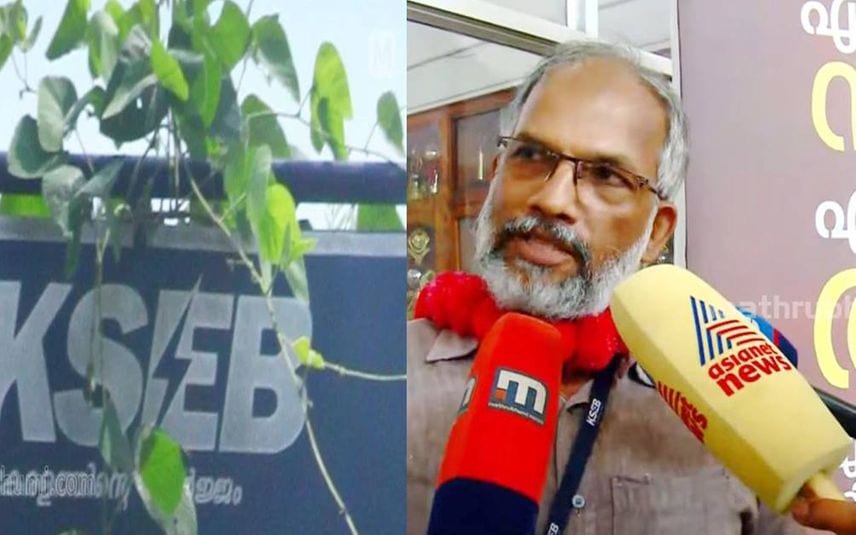 Thiruvananthapuram: In yet another development adding fuel to the stand-off between Kerala State Electricity Board(KSEB) employees and the management, the Board has slapped a fine of Rs 6.72 lakh against KSEB Employee Officers’ Association leader MG Suresh Kumar. Just weeks back, the Board had revoked the suspension of Suresh and transferred him.

The order has been issued by Chairman B Ashok based on a complaint lodged by KK Sundaran. The enquiry over the complaint found that Suresh had used official vehicle for personal purpose during his tenure as additional secretary to former electricity minister MM Mani. The fine amount is Rs 6,72,560.

Meanwhile, commenting over the matter, Suresh said that he has not received any notice relating to the fine amount. He pointed out that during his tenure with the minister he has only followed the instructions of the minister. Suresh also alleged that the chairman’s move is more of an attack to defame him.

Interestingly, the order has been issued on April 19, when reconciliatory talks chaired by electricity minister K Krishnankutty happened. Coincidentally, the minister has urged employees’ associations and the Board that due process should be carried out without any rivalry. The Board has been directed to resolve the issues including transfer of leaders of the association within a week.

With focus on upskilling youth for jobs of future, Kerala unveils new draft ...