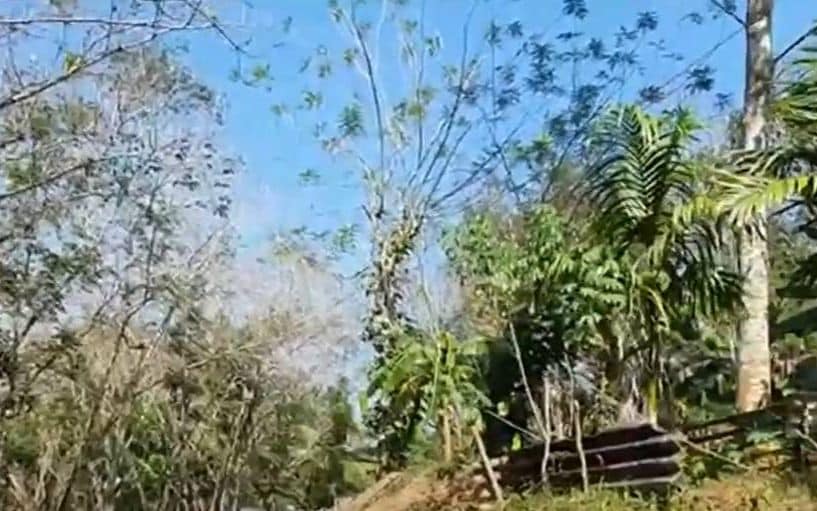 The forest area where the search operation was carried out | Screengrab: Mathrubhumi News

Thiruvananthapuram: The three boys who have been missing from Venjaramoodu Panayam have been found in the Palode forest area. They were found during a search conducted by forest department officials.

The children are identified as Sreedev, Arun and Ambadi. They are aged 11, 13 and 14 years. They have been missing since Monday morning.

The bags of the children which had Rs 4,000 and clothes that they had taken from the home were found this morning at a relative's house near Palode forest. After this, the locals conducted a search inside the forest.

Now the children have been brought home but it is not yet clear why the children left home. One of the missing children had gone missing earlier also. CCTV footage was examined followed by the complaint from parents.