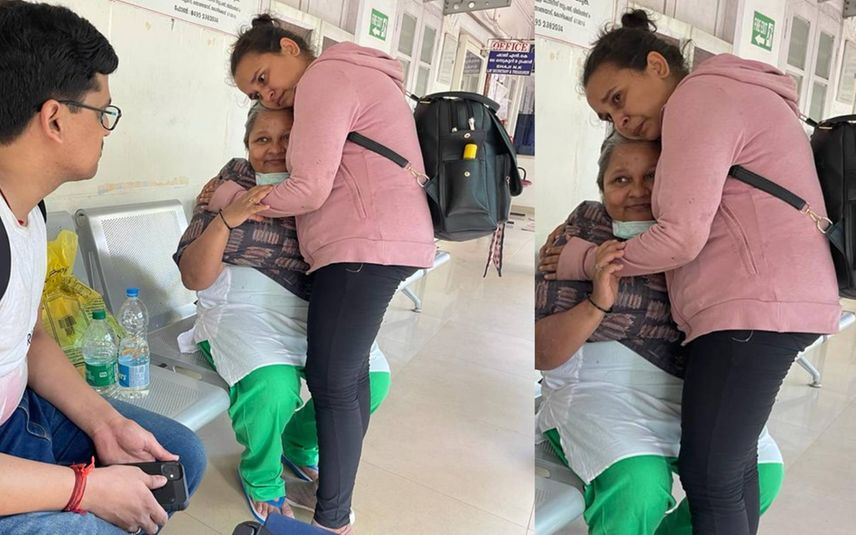 Kozhikode: The family of Kalyani Sharma never thought they would meet her ever again. However, destiny has something else in stock for Kalyani Sharma, a Pune native and septuagenarian, undergoing treatment at Kuthiravattom Mental Health Centre for the last three years.

Kalyani, who has dementia, came to Kozhikode from Pune after losing her way and was unable to trace her family. Kalyani, who was undergoing treatment at a mental health centre, was taken home by her children. Although she does not remember the past clearly, Kalyani recognized her children Pranav and Padmeswari. The siblings were very happy to see their mother years later.

In 2019, Kalyani was found missing from her residence at Haveli in Pune. She had memory issues as a result of an accident. However, she used to attend various religious centres in her native place. But her family was forced to approach the police after she failed to return after two or three days. Following this, an extensive search was initiated with little success. It took almost three years for the family to confirm that Kalyani was in Kozhikode.

Social worker M Sivan, who attended the mental health centre, conversed with Kalyani and found that she belonged from Haveli in Pune. Following this, he contacted Haveli

Police and informed them about her. The police were able to track her family down based on a complaint they lodged in the station. Following this, her son and daughter travelled to Kozhikode to finally reunite with their mother.