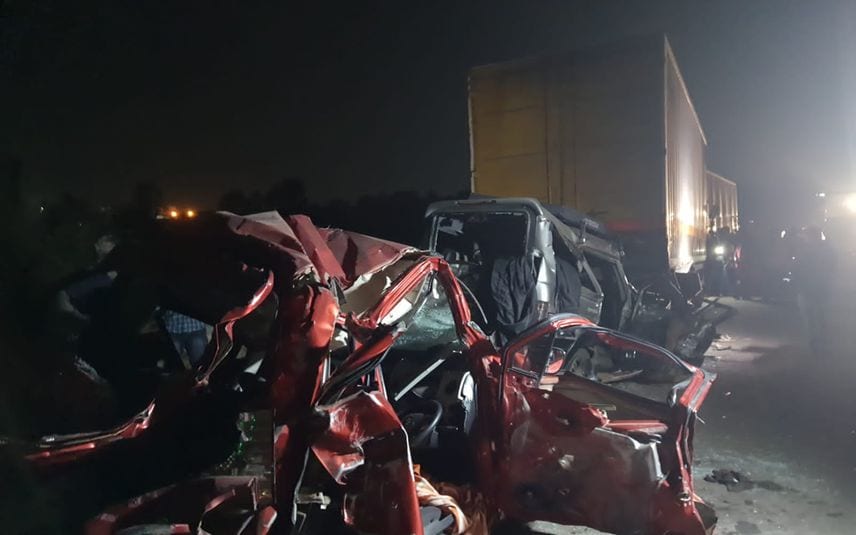 Visuals of vehicles that met with accident

Bengaluru: Four Keralites, including two women, died in a collision between a truck and car on the Nice road near Purvankara Apartment in Bengaluru on Friday, police informed.

Kozhikode native Muhammed Fadil, Adarsh and Kochi native Shilpa K were identified. One more person is yet to be identified. The bodies were shifted to hospital.

Due to overspeeding which created chain accidents resulting in two more cars getting damaged and also 3-4 container vehicles got damaged.

"All four people including two women and two men have died in this accident. The case is being registered and investigation is undertaken," police said.

Kannur: Kerala aims to bring down the Maternal Mortality Ratio (MMR) to 20 (deaths per one lakh live births). A quick response medical team will be stationed ..

Thiruvananthapuram: The India Meteorological Department (IMD) has issued a red alert (extremely heavy rainfall) in five districts on Monday. They are Ernakulam, ..