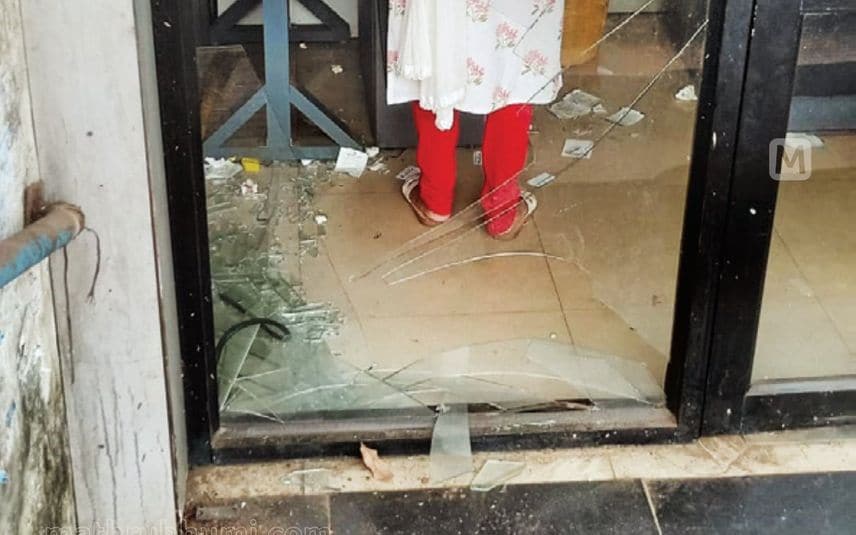 Kochi: An Infopark employee suffered injuries in a freak accident inside an ATM counter of SBI adjacent to Collectorate land near Kakkanad junction in Ernakulam. The person who suffered injuries on his hands and legs has been identified as Harshan.

He met with the accident around 8:30 pm when he reached the ATM counter for withdrawing money.

As there was no light in the region, the person lost his balance after missing a step on the ramp and hit on the glass panel of the ATM counter. The glass panel broke and splinters injured him. He got trapped inside the broken glass until another person who came for withdrawing money rescued him.

The injured person was later rushed to the hospital.

According to locals, the ATM counter has witnessed many mishaps earlier too. Many people mistakenly step into the ramp as it has been constructed at a small height from the footpath.
Similarly, water flows through the ramp during rain making it more slippery and risk-prone.