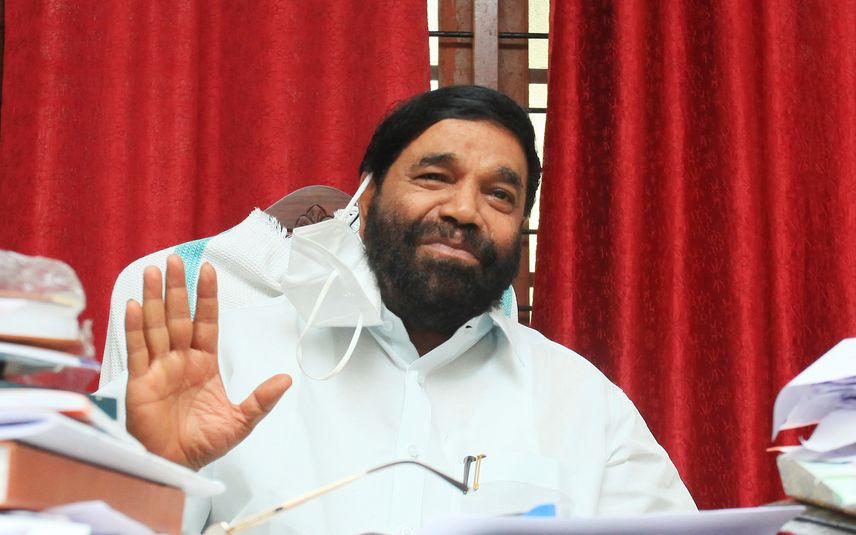 Kottayam: Minister for cooperation, VN Vasavan, directed Kerala Bank and the co-operative societies to stop proceeding with attachment procedures. The directive was in accordance with the government policy which bars the officials from evicting the debtors with only a nominal piece of land. Meanwhile, the officials have to launch the relief measures announced by the government to recover the loan amount. The department also facilitates one time settlement.

Minister VN Vasavan justified giving the cooperation minister's special award to Uralungal Labour Contract Co-operative Society. When enquired whether it was just to select an establishment criticised by the minister of public works department for an award from the cooperation department, the minister pointed out the services rendered by ULCCS. Vasavan said that Uralungal is the second largest co-operative society in the world. By mentioning the collapse of Koolimadu bridge, the minister noted that the technical errors in construction had resulted in the fall of the beams. An institution shall not be evaluated by such minor issues, he added.

Referring to Karuvannur, he said that the discrepancies were already found out. Everything will fall into place when the Cooperative Amendment Act comes into force. Minister informed that the audits of the cooperatives have been strengthened with the support from CAG. Kerala Bank will provide a financial aid of Rs 50 crore to Karuvannur bank. It will be dispensed among the depositors who have urgency of the money. The bank has to support itself by recovering the distributed credits.

Security guarantee for investors in cooperative sector to be hiked to Rs 5 lakh: Minister Vasavan