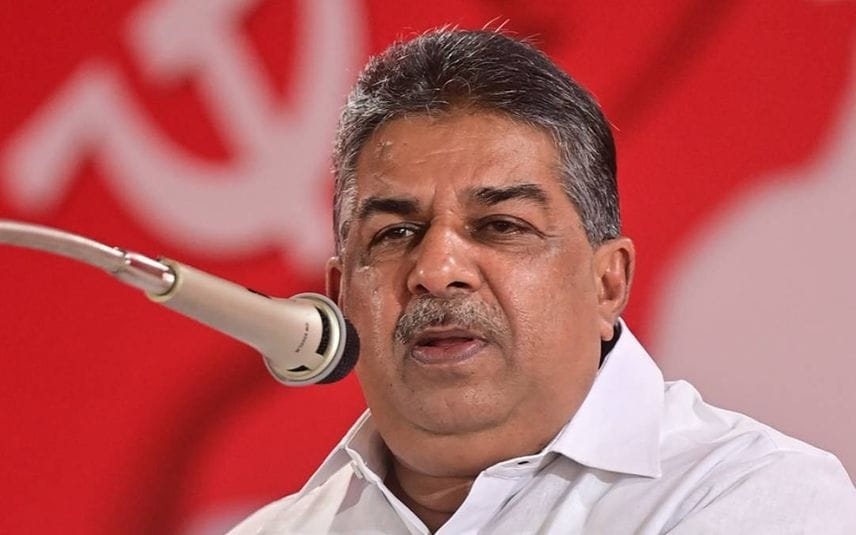 Thiruvananthapuram: Kerala fisheries and cultural affairs minister Saji Cheriyan has resigned from the state cabinet amid the row over his controversial statement on the Constitution of India. According to reports, he decided to resign as directed by the CPM leadership.

Sources confirmed that Saji Cheriyan has submitted his resignation letter to Chief Minister Pinarayi Vijayan. Interestingly, he is the first minister to resign from the second Pinarayi Vijayan government.

"I have resigned and it's my personal decision. I have never ever defamed the Constitution. A particular part from the speech was taken and the media fabricated it to weaken the CPM and the LDF," said Saji Cheriyan while addressing the media.

According to reports, the stance of the CPM national leadership turned crucial in the resignation of Saji Cheriyan. CPM has declared that it cannot protect Saji Cheriyan. It is learnt that all the allies in LDF also refused to support Cheriyan.

Addressing the media after officially resigning from the ministerial post, Saji Cheriyan expressed disgust over misinterpreting his speech.

He repeated that he didn’t insult the constitution in his speech at an event in Pathanamthitta.

"I was hurt by such a portrayal of what I had said. I also believe it was aimed at destabilising the ruling Left government," he said.

He also alleged that it was the Congress and the BJP which have failed many times to uphold the majesty of the Constitution.

Saji Cheriyan's controversial speech made headlines even in national level after Mathrubhumi.com published it as a breaking news on Tuesday. Following this, Congress and BJP came forward criticising Saji Cheriyan. The state has been witnessing protests demanding his resignation.

In the visuals aired by the local TV channels, the minister could be seen saying in a recent event that the Constitution of the country "condones exploitation" and is written in a way helping to "plunder" the people of the country, drawing sharp reaction from the opposition parties which sought for his immediate removal from the LDF cabinet.

A two-time MLA and first time minister, Cheriyan had been representing Chengannur constituency in the state Assembly since 2018.

Though he had contested for the first time in the 2006 Assembly election, he lost to Congress's P C Vishnunath.

He was elected to the House as legislator in the by-election in 2018 from Chengannur constituency by a record margin.

During the 2021 Assembly election, he won by a margin of over 30,000 votes beating his nearest rival.