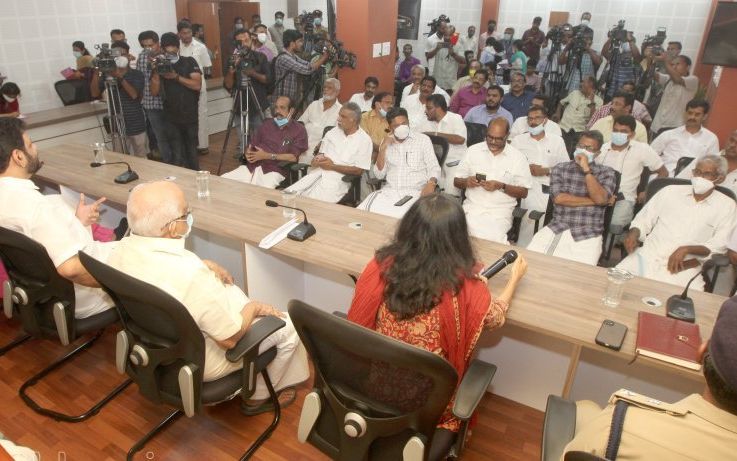 Palakkad: Minister K Krishnankutty expressed disappointment over BJP's walkout from the all-party meeting here on Monday. The meeting was summoned to restore peace in the state in the wake of the alleged political murders in Palakkad.

He said that BJP staged the walkout from the all-party meeting as a part of a pre-determined plan. The minister said that BJP leaders had informed that there would be cooperation from their side to maintain peace and efforts will be taken to bring everyone together.

"The murderers in Palakkad have extremist nature. Preventing such things is not easy. There will be more effective interventions on the part of the police in the coming days. It is important to bring everyone together in such situations. District level efforts will continue for the same," the minister said.

He added that everyone should try to avoid communal divide in the society.

"The police will take all necessary steps to prevent the recurrence of such murders. Society wants a peaceful atmosphere without any problems. Therefore, I do not think anyone will not co-operate with the conciliation efforts," he said.