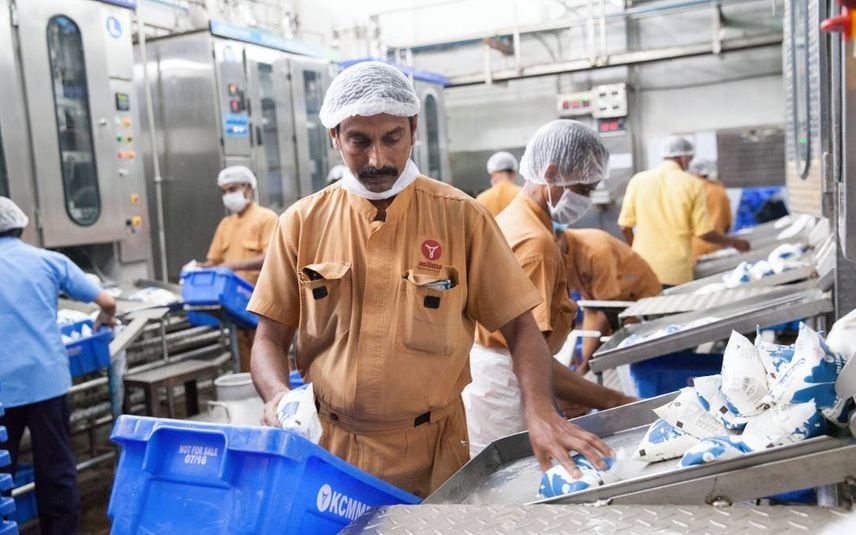 Thiruvananthapuram: Milma, a state government-owned milk cooperative society, has achieved an all-time record in the sale of milk, curd and other dairy products during the Onam festival days from September 4 to 7, registering a steep increase from last year's figures.

Milma said the total sale of milk during these four days stood at 94,59,576 litres, marking an increase of 11.12 per cent compared to the Onam days last year.

"A record quantity of 35,11,740 litres of milk was sold on Thiruvonam day alone which fell on September 8, showing a rise of 7.03 per cent from last year," Milma said in a release on Friday.

The release said Milma set an all-time record in the sale of curd too.

Milma Chairman K S Mani said it has been able to make this record-breaking achievement on account of collective efforts and the trust of consumers in its products.

"Though there had been a shortfall in domestic milk production, necessary arrangements were made with the milk marketing federations in Tamil Nadu, Karnataka and Maharashtra to make up the deficit," Mani said.

It said apart from the direct sale of these items through its extensive sales network across the state, Milma distributed 50 ml of ghee each to 87 lakh consumers through the Onam kits supplied by Supplyco besides distributing one lakh Milma kits containing its various products through Consumerfed.

The cooperative society said its other products such as butter, paneer, peda, flavoured milk and ice cream also saw a remarkable increase in sales during the festival days.