Milma hands over remuneration to Fayis for 'tagline'

The fourth standard student’s relatives said that half of the remuneration money would be donated to Chief Minister’s Distress Relief Fund and the rest would be given for conducting the marriage of girls from financially backward communities. 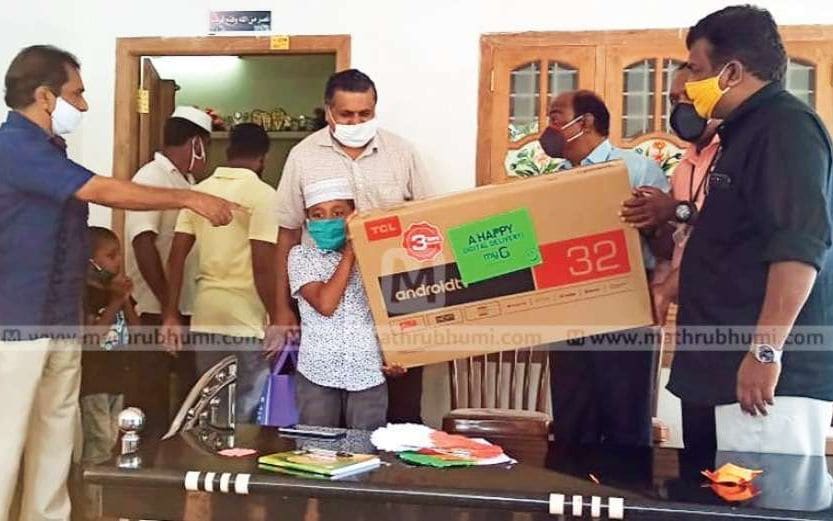 Malappuram: Milma authorities handed over the remuneration to Kizhisheri native Muhammad Fayis, who was responsible for the tagline that they used in their advertisement. The authorities handed over Rs 10,000 along with a television and all the products of Milma to Muhammad Fayis. The fourth standard student’s relatives said that half of the remuneration money would be donated to the Chief Minister’s Distress Relief Fund and the rest would be given for conducting the marriage of girls from financially backward communities.

The world came to see Fayis innocence through a viral video in which he was seen trying to make a paper flower. He said ‘Chelolth readyavum Chelolth readyavula’ ( It would be ready for some and would not be ready for others) after his attempt failed. Milma made these words their tagline and circulated it through Facebook. After this, a lot of people asked Milma to provide remuneration to Fayis for the tagline. Malabar region MD of Milma, KM Vijayakumar promised that this would be done. Milma authorities reached Fayis home on Tuesday.

Milma senior marketing manager DS Konda, Assistant manager PR Santhoshkumar, S Sanalkumar and Sureshkumar visited Fayis home with the remuneration and gifts. The authorities said they found Fayis words fascinating and that is why the social media department used it as an advertisement tagline. Kondotty SI Vinod Valiyathur handed over gifts on behalf of the police department to Abdul Fayis.