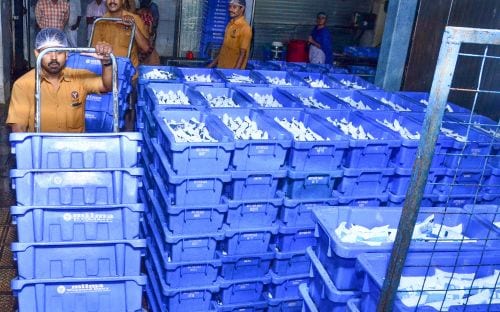 Kochi: The Congress, which proudly held a majority in the Milma Federation, is likely to lose its foothold in the upcoming election. The Congress, which has been at the helm since Milma's formation, is now sweating to retain it. CPM has always tried to capture the rule of federation whenever they come to power in the state, but in vain.

The final verdict on Wednesday's election will be based on the High Court order on August 11.

Congress lost their majority in the Milma Federation after the death of Milma Chairman PA Balan Master. The election to fill the vacancy left by him is set to take place on Wednesday.

CPM has already succeeded in winning the majority in Milma Malabar Regional Union. Currently, the four representatives on the Federation Board of Directors are from there. As of now, congress only rules the Ernakulam Regional Union. From there, there are five representatives in the federation. Bhaskaran Adamkavil was selected for the post which fell vacant after the demise of Balan Master.

The government has dissolved the governing body of Milma's Thiruvananthapuram regional union. The board of directors now has three representatives from the administrative committee there. In a petition questioning their right to vote, it was ordered that the votes should be kept in a separate box and a decision could be taken after the high court issues an order.

Prayar Gopalakrishnan, a Congress leader, has been the chairman of the federation since 1983 when he was elected to the Milma governing body. When he resigned from the post in 2019, P.A. Balan was elected as the Chairman.

You’ve only one job- to act according to advice of state government: CM ...