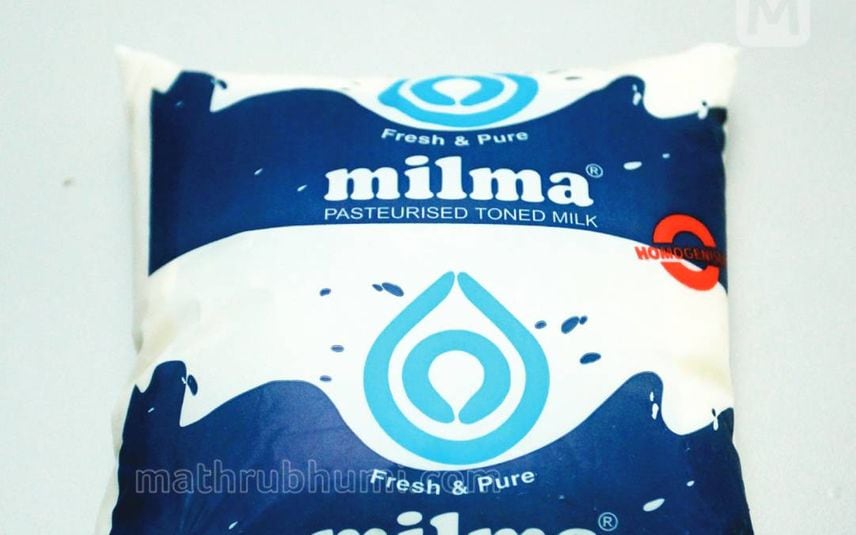 Thiruvananthapuram: Milma has abandoned more than 31 tonnes of milk covers after printing the wrong description of the type of milk. A private firm based in Hyderabad took the tender from Milma for supplying 50 per cent of the film (packets) for the milk packets.

Instead of printing 'pasteurised toned milk', the firm wrongly printed 'pasteurised standard milk' on the film. So far, Milma is not selling such a kind of processed milk in Kerala.

Milma has given the tender to the new firm after scrapping the contract with the firm which was supplying the packets for a long time. As per the tender, Rs 189.32 is charged for film per kg. Following the printing error, a huge quantity of films is being dumped at the dairies in Thiruvanathapuram and Kollam.

Meanwhile, 12 tonnes were discarded at Thiruvananthapuram and 19 tonnes at Kollam. It is hinted that Milma has paid 50 per cent price for the films to the firm.

Milma Thiruvananthapuram union administrator N Bhasuramgan informed that the packets will be sent back to the company. He added that Milma is also thinking about the legal hurdles in using these packets.

Price of curd, lassi, buttermilk soar from Monday; Milma to reduce quantity of some products

Milma’s ‘Vishukaineettam’: Dairy farmers to get additional Rs 4 per litre

If letter sent to UAE to ban Malayalam daily, it shouldn't have happened: ...

Kerala HC criticises manner in which SilverLine implementation is going ...