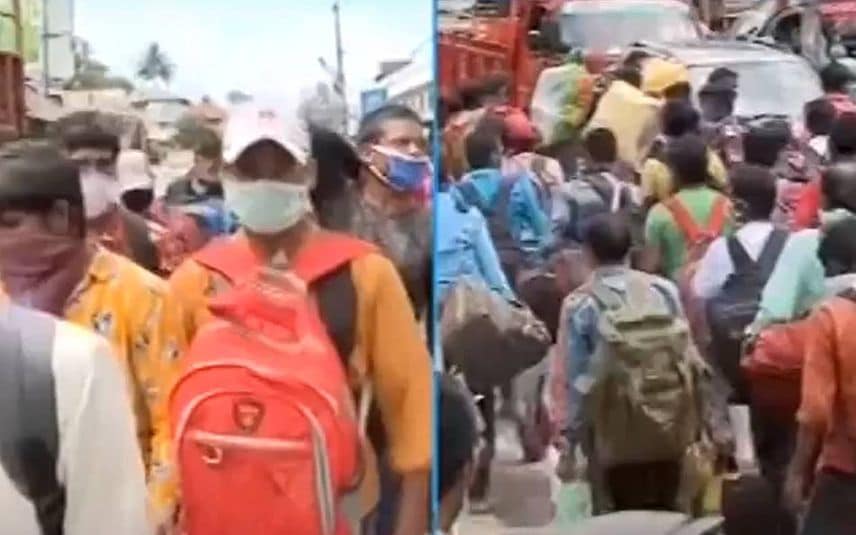 Pathanamthitta: Violating the lockdown restrictions, migrant workers attempted to stage a protest over cancellation of the train to Bihar here on Saturday. The workers gathered at Kozhencherry, Pullad, Adoor, Enathu and Aanappara to protest. However, police resorted lathi-charge and dispersed the protesters.

The government had arranged a special train to Bihar from Thiruvalla railway station to sent back the migrant workers amid the lockdown. But the Railways cancelled the train at the last minute without notice.

1500 migrant workers had prepared to leave to their native place in Bihar on this train. The district authority made all arrangements including food and water to those leaving on train. Vehicles were also arranged to bring the migrant workers to the railway station.

Disappointing the workers, the Railways informed that the train to Bihar is rescheduled and will be operated on Sunday. Following this, the workers gathered in various places to stage protest.

Police rushed to the protesting spots and resorted to lathi-charge. Though they dispersed the workers from the protest venues, many of them wandered here and there in town. They were confused about the next step as they had left their accommodation camps packing luggage.

The workers declared that if the government fails to arrange a vehicle for them, they will move to their place on foot.

The school building where the migrant workers were accommodated was closed after they left to the railway station. In this situation, the workers have no idea about finding a new shelter.