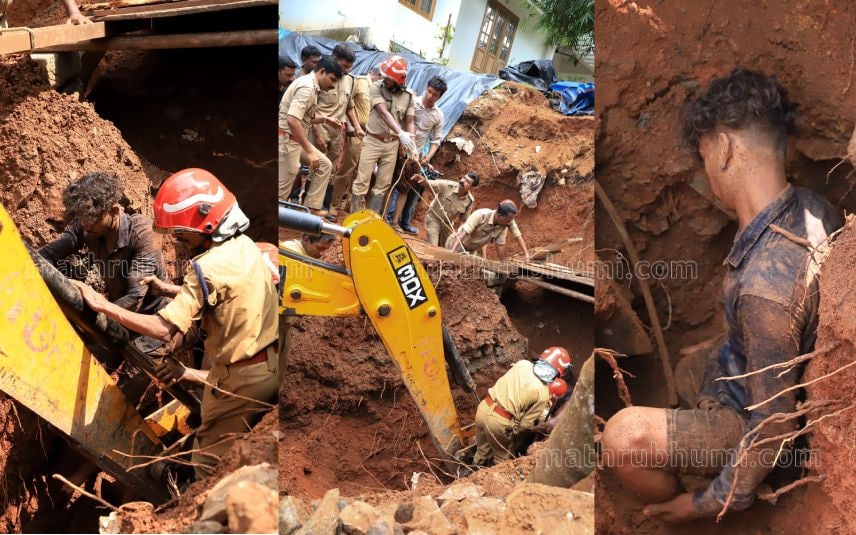 Kottayam: A migrant worker who was trapped in a mud slide during construction works at Mariyappally here on Thursday morning was rescued by the fire force. The Bengal native man, Susanth, did not suffer major injuries and was shifted to Kottayam general hospital immediately after the rescue operation.

Though he was trapped under the soil, he could breathe as his head lay over the ground. However, the rescue mission was delayed as the mud in the area was fragile due to heavy rain.

The rescue mission continued for around three hours as mud kept sliding in the area continuously. Fire force made a tent above Susanth to avoid mud falling onto him.

Susanth spoke with his friends while being shifted to ambulance. He was given water.

Four workers were engaged in construction activities at a private property when the mud slide hit at around 9 am. Two of them were guest workers. While three people escaped from the mudslide, Susanth was trapped. Initially, only his legs were buried in the mud. Later, more mud fell over him and his body was covered in mud till chest.

Earthmovers were brought in to remove the mud.