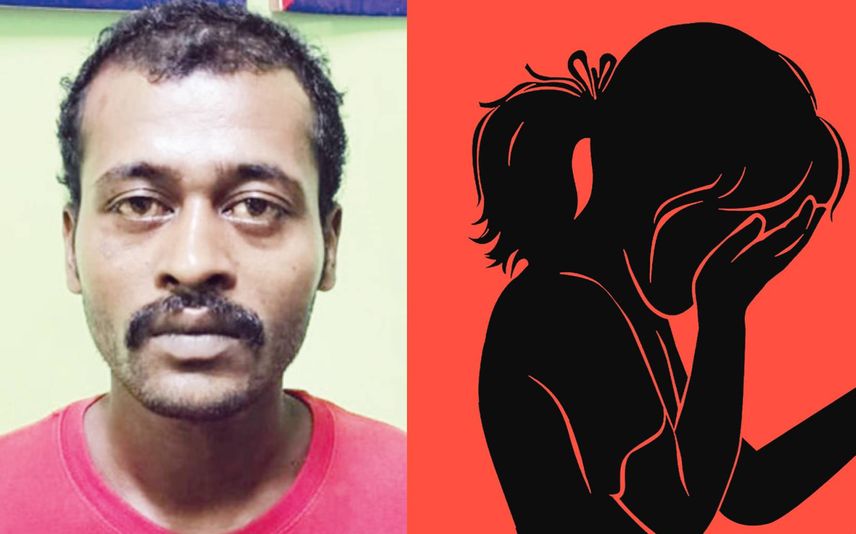 Kottayam: A migrant worker was arrested for raping a minor girl in Kottayam and impregnating her. He also threatened to kill her 2-year-old sibling if the incident was revealed to anyone. Ranjith Rajoyar (28) hailing from Nadia district of West Bengal was arrested by the Kuruvilangad police led by inspector Nirmal Bose.

The accused was staying close to the victim’s place and the first sexual assault took place six months back. The accused reached the house when the parents left for work. The girl’s brother, who was 8 years old, was sent out of the house to buy juice. He then pounced on the 13-year-old girl and when she created a ruckus, he threatened to kill her 2-year-old brother by putting a knife on his neck. The frightened girl yielded to his assault.

The accused threatened the girl of killing her brother if she reveals the matter to anyone. He had molested her several times. The frightened girl did not utter a word to her parents. When she complained of stomach pain, the girl was taken to a doctor and found to be pregnant. He girl revealed her ordeal to her mother later.

The parents lodged a complaint with the police and when the investigation was going on, the accused fled from the place. District police chief K Karthik led the probe and the accused was nabbed from West Bengal. He was remanded after he was produced before the Pala Judicial Magistrate court.