The labourers assembled after a fake news was circulated that train tickets to return home are distributed. 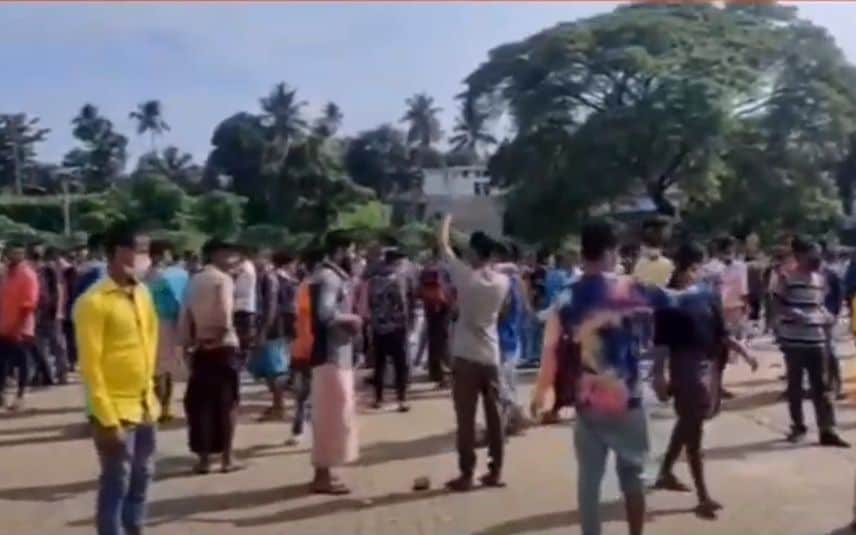 Kochi: A group of migrant labourers gathered in Perumbavoor here violating COVID protocol on Monday. Police resorted to lathi charge to disperse them.

The labourers assembled after a fake news was circulated that train tickets to return home are distributed.

More than 3000 migrant labourers, from various camps, assembled at the Perumbavoor EMS Hall. Though police tried to send them back, they didn’t disperse. Most of them had no masks and were not observing social distance.

Muvvattupuzha RDO and other officials reached the spot and tried to send them back. As they didn’t disperse, police resorted to lathi charge.