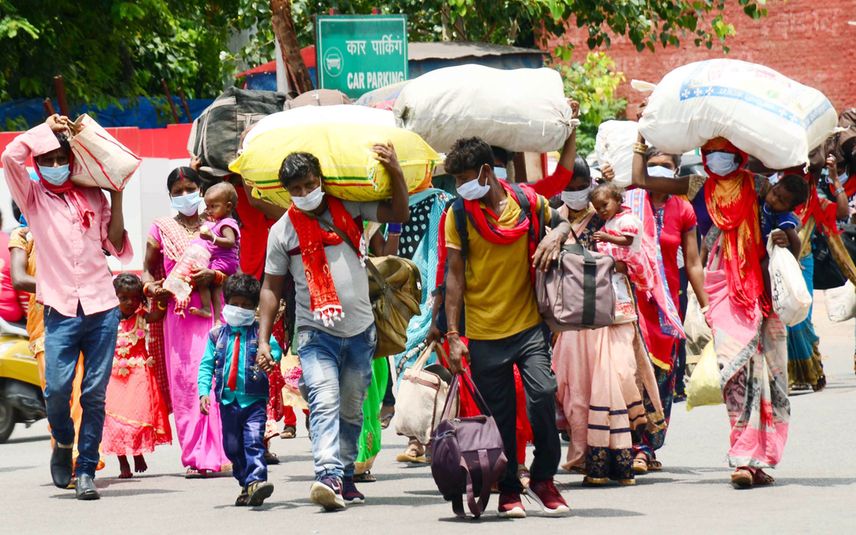 Thiruvananthapuram: A report released by the Kerala State Planning Board revealed that the migrant labourers will equal one-sixth of the state's population within 8 years. As per the survey in 2017-18, the number of migrant workers was recorded at 31.4 lakhs. It is concluded that that the total number of workers will exceed 60 lakhs by 2030.

The data was published in a report titled ‘Unorganised labour sector including migrant workers and Urbanisation’ prepared by the evaluation department of the state planning board.

Kerala has become the ideal state for migrant labourers due to better income and social environment. Based on the census of 2017-18, the number of people migrating to Kerala is expected to rise between 45.7 lakhs to 47.9 lakhs by 2025 and from 55.9 lakhs to 59.7 lakhs by 2035. More employment opportunities will increase the inflow.

As per the records, 10.3 lakh migrant workers are settled with families in Kerala. Their population is also expected to touch 15.2 lakhs within 8 years. Unlike this, many labourers reach Kerala annually for short-term jobs spanning only months and their census recorded only 2.1 lakhs in 2017-18. However, by 2030, their population will also increase to 44 lakhs.

Most of the migrant workers are employed in the construction sector here. Manufacturing, agricultural and allied sectors, restaurants and hotels are also providing jobs to these workers.

No criminal intent behind attack; workers were under influence of drugs, claims Kitex MD