Kamal Das’ body was found lying motionless in the building buy one of the neighbours. 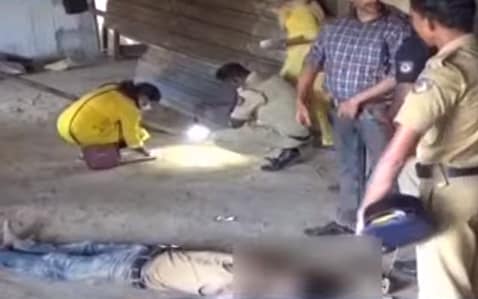 Kattappana: An inter-state labourer was found dead near Kumily in Idukki under mysterious circumstances. The deceased has been identified as Assam native Kamal Das. Police have taken into custody five of his colleagues for interrogation. Kamal Das and his colleagues came to Idukki for the construction of a new building in Kumily Government Vocational Higher Secondary School. They lived in the building itself.

The body of Kamal Das was found lying motionless in the building by one of the neighbours. He immediately informed the police. The police found four of the five colleagues missing during the preliminary investigation and they informed neighbouring police stations about it. Later, Kattappana police nabbed them and handed them over to Kumily police.

The people in custody claim that Kamal Das injured himself by falling down numerous times after getting drunk. They started with the work assuming that Kamal was sleeping the next day. They also claim that they ran away as they got scared when they realised that Kamal was not breathing. The body has been taken to Kottayam for post mortem. The cause of death will be revealed only after the post mortem.

From a leaky house in Kollam, this Gorakhpur native scored A+ in all subjects