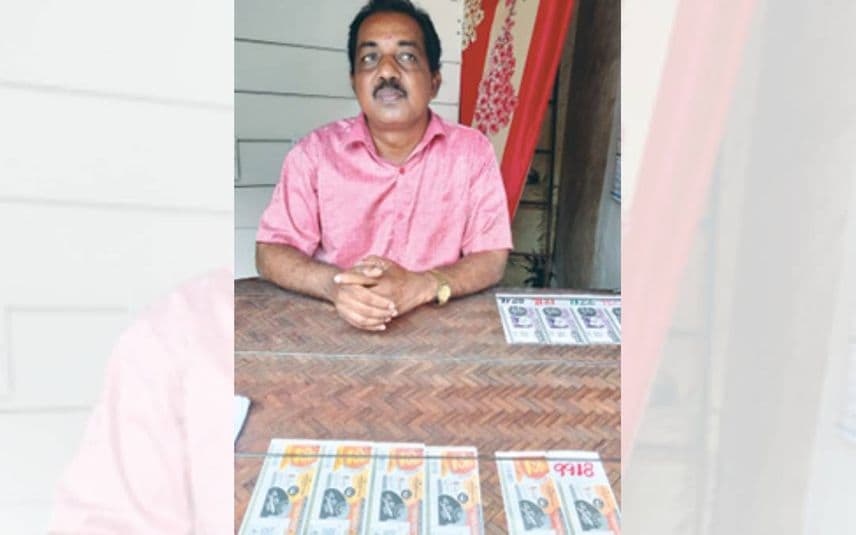 Koothattukulam: Lottery agent Ramesh of ‘Sivasakthi Lottery Centre’ received a call from mechanic Suresh requesting to set aside a lottery ticket for him. Ramesh quickly reserved a lottery ticket as Suresh used to purchase every week.

Suresh reached the lottery centre as soon as Ramesh rang up and informed the great news. Owing to Ramesh’s honesty, Suresh can realise his dream to own a new house. Suresh entrusted the winning ticket to the Koothattukulam branch of Canara bank after receiving it from the lottery centre.

Though he won first prize, Suresh is hesitant to appear before the media. Ramesh won two minor prizes along with the commission for first prize this time.

Was Sreenath Bhasi under the influence of drugs during interview? police ...