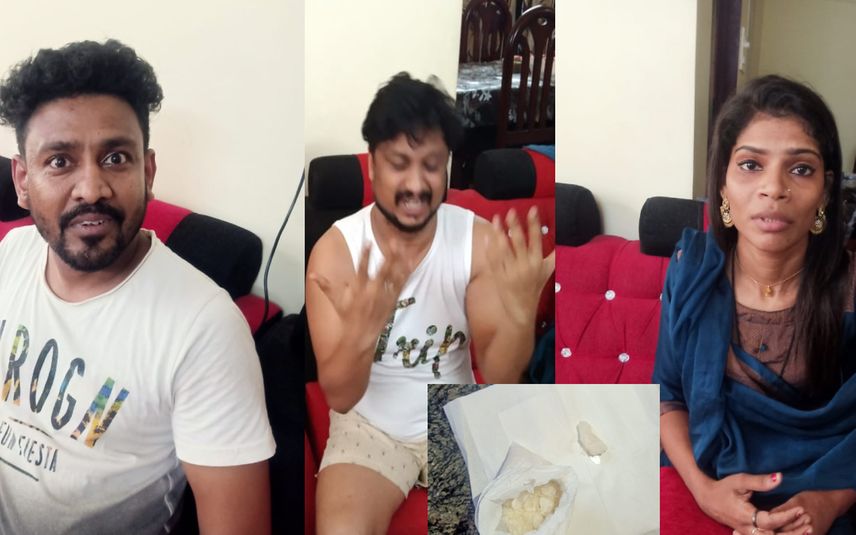 Thiruvananthapuram: Four people were arrested with 100 grams of MDMA from a rented house at Aakkulam here on Sunday. The accused are identified as Panur native Ashkar, Muhammed Sharon, from Aakkulam, Fahad from Koduvalli and Seena from Attingal.

Earlier, police received the information that drugs were brought to Aakkulam from Bengaluru. Later, the police seized drugs and arrested three from a rented house in the area. Sharon, who was not at the house during the time, was later arrested based on the information provided by others.

Police said that Ashkar rented the house along with a pregnant woman. Earlier, he was under the scanner of police over a similar case of drug dealing while residing at Thumba. Though police raided his house, no drug was seized proving his links with the case.

RVG Menon reiterates his suggestion on replacing SilverLine with third ...