Soon after the clash, the mayor was hospitalised due to high blood pressure 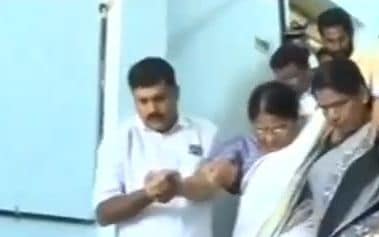 Kannur: UDF has called for a hartal on Thursday in the corporation limit here after the mayor Suma Balakrishnan was manhandled by LDF councillors. The hartal is called till 12 pm noon.

On Wednesday ahead of the council meet, members of the ruling and opposition parties were engaged in a clash. UDF alleged that the LDF members, who demanded a resolve on the strike staged by the pro-LDF Kerala Municipal and Corporation Staff Union, manhandled the mayor.

Soon after the clash, the mayor was hospitalised due to high blood pressure.

On Wednesday, both LDF and UDF had staged protest in the city.