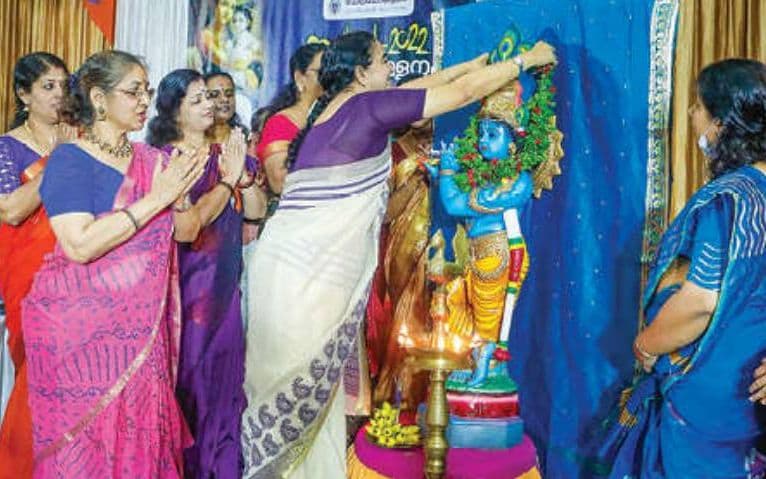 Kozhikode: Kozhikode Mayor Beena Philip is staring at a party-level action for attending a programme of RSS-affiliated Balagokulam in Kozhikode.

CPM District Committee publicly denounced Mayor Beena Philip for making comments in the event against the political stand of the party. The state leadership has instructed the district committee to take necessary action against the mayor. Despite this, she kept justifying her action and said she regretted the move only after it became a controversy,

In 2010, CPM had removed N Padmalochanan, a prominent leader in Kollam, from the mayor post for attending an RSS event. The district secretariat member was also suspended from the primary membership. Compared to him, Beena is in a much lower position in the party ranks with just branch membership.

District Secretary P Mohanan said that it was not right of the mayor to have taken part in the event coordinated by an organisation under Rashtriya Swayamsevak Sangh (RSS).

The Mayor on Monday morning had said that her party had not objected to her attending such an event and that she didn’t feel that Balagokulam was one of the subsidiaries of RSS.

However, on Monday evening, she said that she regrets the decision to attend the function after it turned into such a controversy. Beena Paul also said she attended the meeting to speak with mothers, and that there was no element of communalism in it

UDF district chairman K Balanarayanan alleged that the unholy ties of CPM and BJP have come out with the mayor’s participation in the event.

Mayor Beena Philip during the function had said that Kerala is way behind in the child care system compared to north Indian states.