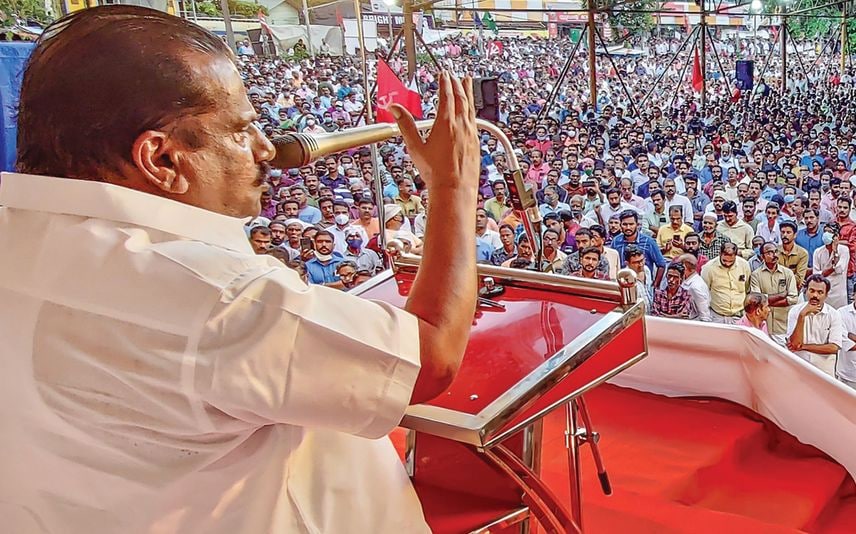 Kozhikode: LDF organised a massive rally in Kozhikode against the alleged plots of UDF and Sangh Parivar forces to topple the government on Monday. During the inauguration of the rally, LDF convener EP Jayarajan slammed the Congress leadership in the state.

Jayarajan condemned VD Satheesan that he had set out to portray himself as smart while depicting Ramesh Chennithala as worthless for the Congress party. When K Sudhakaran also joined VD Satheesan, they turned out to be a great pair for this. Jayarajan alo threatened the Congress to be cautious in their moves against the government.

LDF Convener opined that the Congress has become a party unleashing murders and attacks by mentioning the party as ‘goonda Congress’. They could only find a woman who is accused of smuggling gold twenty times, to attack the CM, scoffed Jayarajan. He added that it will take a long time for VD Satheesan to reach the stature of K Karunakaran.