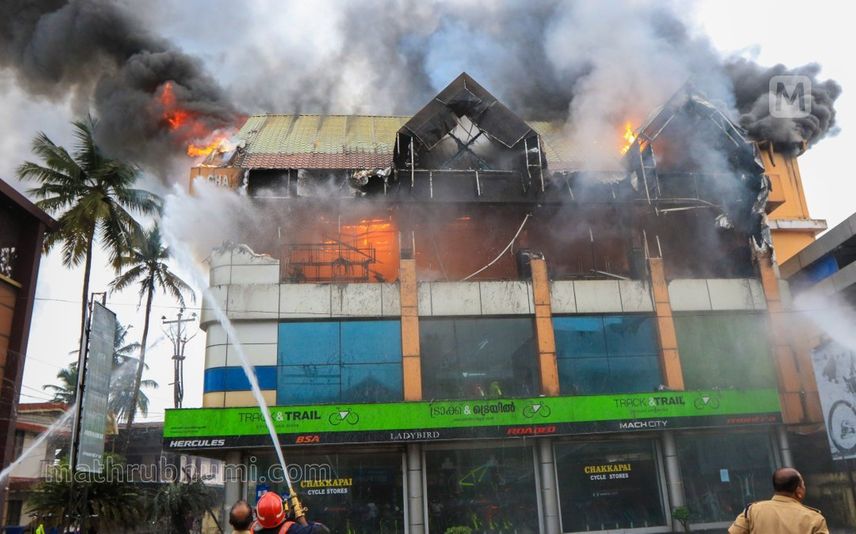 Thrissur: A major fire broke out in a bicycle shop at Veliyannur near the KSRTC bus stand here on Wednesday. The top floor of the four-storeyed building was completely gutted in the fire.
Four units of Fire Force rushed to the spot and doused the fire.

As per reports, no causalities were reported as everyone inside the building was immediately evacuated.

A huge tragedy averted as the Fire Force managed to control the fire without spreading to the nearby shops.

The Fire Force personnel doused the fire after regulating the traffic through the road in front of the shop.