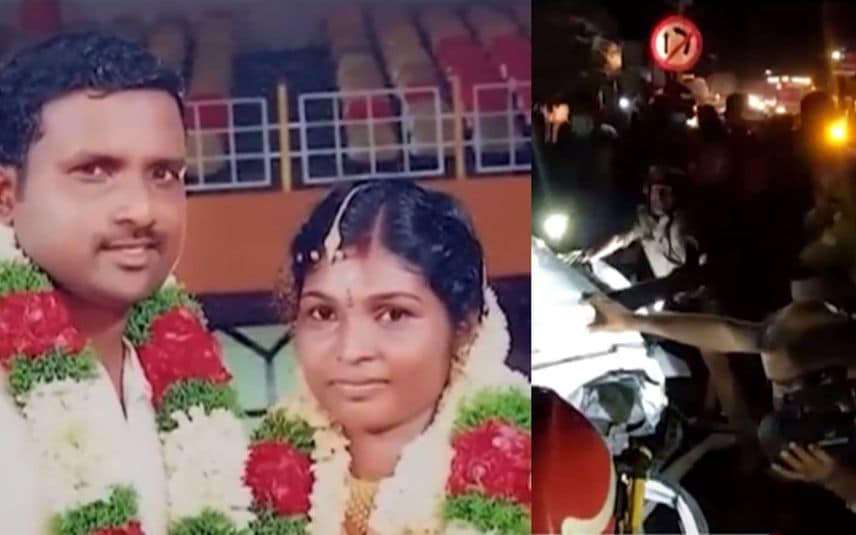 Kollam: In a gruesome mishap, a married couple lost their lives when two cars collided against each other in Kottarakara. The deceased was identified as Bineesh Krishna and wife Anju, both hailing from Pallikal in Kottarakara. Meanwhile, their three-year-old daughter Sreekutty was admitted to Thiruvananthapuram Medical College for treatment.

The incident happened on Tuesday morning. The accident occurred while the family was returning from a relative's house in Ernakulam. An Innova car moving from the Kottarakara-Adoor route rammed into their couple's car at Kottarakara. The car was severely damaged as a result of the accident. Both died on the spot and the child is in critical condition.

According to police, the Innova car might have lost balance due to the heavy rain in the area. Meanwhile, the driver of the Innova car was admitted to a private hospital in Kottarakara.