Though only very few people from Kerala join the Maoist groups, a large number of youth in Tamil Nadu, Karnataka and Andhra Pradesh are still getting attracted to them. 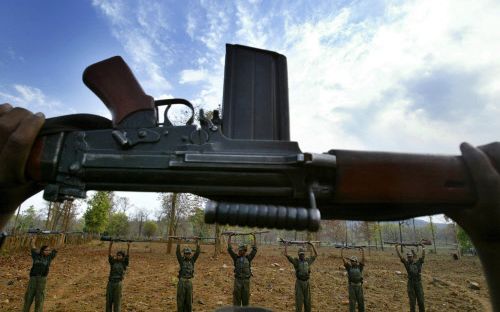 Nilambur: Maoists conducted secret study classes during the COVID-19 lockdown when they were unable to engage in other activities, it is reported.

Though only very few people from Kerala join the Maoist groups, a large number of youth in Tamil Nadu, Karnataka and Andhra Pradesh are still getting attracted to them.

The Maoist groups are recruiting new members from the cities. They are designing new projects to recruit new faces as they think that the Maoist organisation is shrinking after the death of veteran leaders like Kuppu Devaraj and others.

As part of expanding the organisation, the Urban Naxalites, who are popular in the society are becoming more active in social works, according to clues found by the police. They gain public support by intervening in public issues. They also have members to creep into various political parties. Similar activities are taking place in other states including Tamil Nadu, Karnataka and Telangana also.

Selected Maoists are given charge of each district in the states. Some of them even continue their activities in the state capital as per reports from the Intelligence. Police had confirmed that Tamil Nadu native Kesavan, who died in Wayanad earlier, used to engage in such activities. According to police, the number of Maoist members in urban areas have increased. A Keralite who was released from prison recently and a Thrissur native have intensified their activities.

The Maoists could add more members and intensify their activities as Kerala police force could not abolish them from the forest areas in Nilambur since 2012. Apart from the Kabani-1, Kabani-2 and Nadukani Dalams, Varahi and Banasura Dalams are also active in the Maoist activities, the officials said.

Lockdown-like restrictions today; Case may be booked for unnecessary travel and vehicle seized