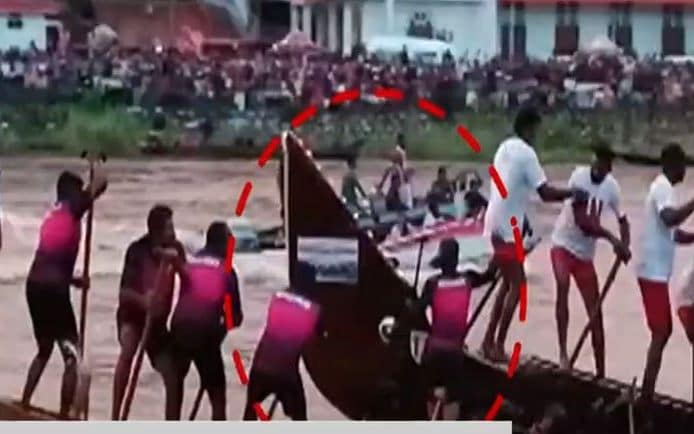 Mannar: Kerala Police said the rowers of its competitors in the controversial boat race in Alappuzha attacked the members of the police team, forcing their colleague to push the opponent’s captain off the boat.

Earlier, a viral video had invoked criticism to the act of its team members who participated in the 56th Mahatma Gandhi Boat Race held in Alappuzha. In the video, it is seen that a paddler of Niranam Chundan (snake boat) rowed by Kerala Police Boat Club members, pushed the captain of the leading team off the boat. The Cheruthana Chundan, as a result of this, lost balance and capsized.

It said the Cheruthana Chundan kept blocking the Niranam Chundan from the beginning of the race. It added that the drone visuals has recorded it all clearly.

As the Cheruthana Chundan capsized, the police team won the race. However, the spectators protested against awarding the prize to the police team. The force allegedly lathi-charged the protestors.

The home ministry has sought a report on the matter.