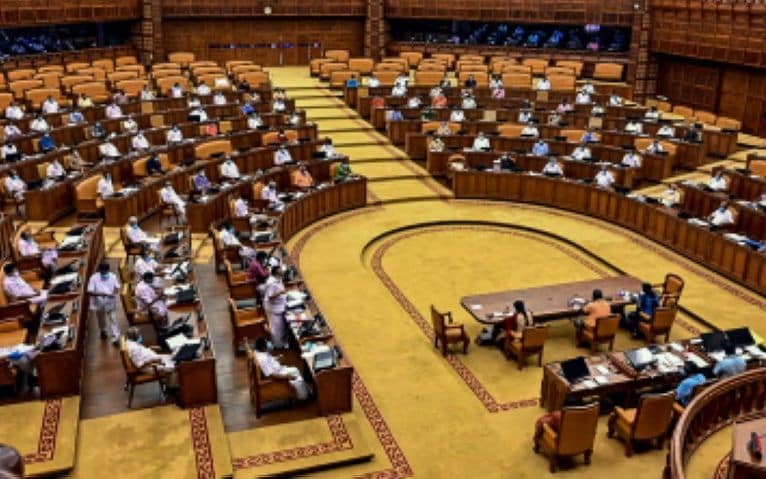 Thiruvananthapuram: Legislator EK Vijayan, who was on the chair in the absence of Assembly speaker on Thursday, felt MM Mani's comment was unfortunate.

Vijayan's 'secret' chat with speaker MB Rajesh's personal staff during when the opposition was demanding apology from Mani was recorded by the Sabha TV 'accidentally'.

Mani should not have made the comment against KK Rema. Will the speaker come? What should I do? asked Vijayan thinking that the conversation will not be recorded.

The PA told Vijayan that he will ask the speaker to come (to take over the chair) and instructed him to ask the UDF legislators to go back to the seat.

To pacify the protesting MLAs, Vijayan later assured that the speaker will look into the matter.

Mani had said that it was her fate that Rema is a widow and his party has nothing to do with it.