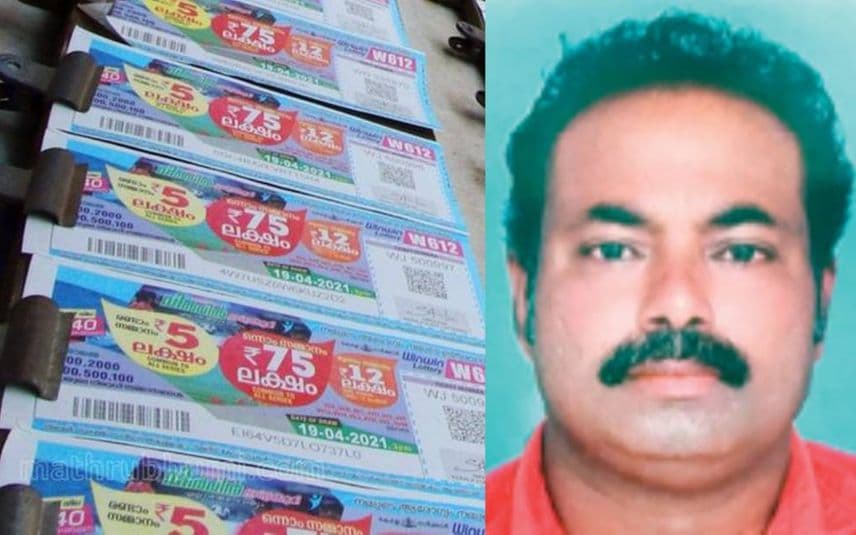 Sasthamcotta: Seldom, jackpot hits when it's needy. And there cannot be a better moment than on Wednesday for Pookkunju of Mynagappally.

At 2 pm, the bank sent him an attachment notice for his only property over the defaulted loan.

An hour later, while worrying about the future of his family, the news of winning the first prize for the lottery ticket he bought at 1 pm on the same day arrived. It was worth Rs 75 lakh, seven times higher than his debt amount.

Buying lottery tickets was a habit for Pookkunju, as a last resort for the retail fish seller to escape from the growing financial burdens and it finally did the trick.

He bought the ticket from a veteran seller in Plamoottil market while returning from work. While resting at home, he received the attachment notice from Kuttivattom branch of Corporation Bank for the Rs 7.45 lakh loan availed seven years ago to build a house. He was owing the bank Rs 9 lakh, including the interest.

While thinking about the next move, he received the call from his brother that his ticket hit the jackpot.

After verifying, he went to the house of his wife Mumtas and shared the happy news.