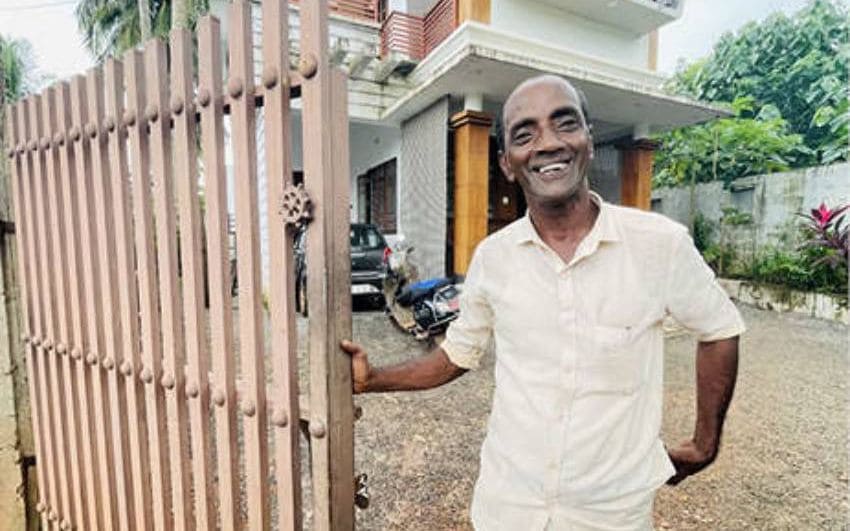 Kasaragod: Man who decided to sell his house to pay off his debt of Rs 50 lakh won Rs 1 crore through Kerala State Lotteries. Mohammed aka Bava (50), a painting worker from Manjeshwaram, won the bumper that changed his life.

Mohammed had decided to sell his house to pay the debt and was about to take the token advance for the same on Monday when he hit the jackpot. Mohammed says that if luck hadn’t come knocking on his doors, he and his family would have shifted to a rented house after selling the only asset they had, their home.

Mohammed has five children, including four daughters and a son. Among them, two daughters were married off. After the weddings of his daughters and the completion of house construction, Mohammed was entrapped in a debt of Rs 50 lakh. He also borrowed money to send his son Nizamudheen to Qatar. He sought the help of many to solve his financial problems, but nobody came to help him other than a few friends.

Mohammed bought the ticket from Amma Lottery Agency in Hosangadi where he usually buys the tickets.