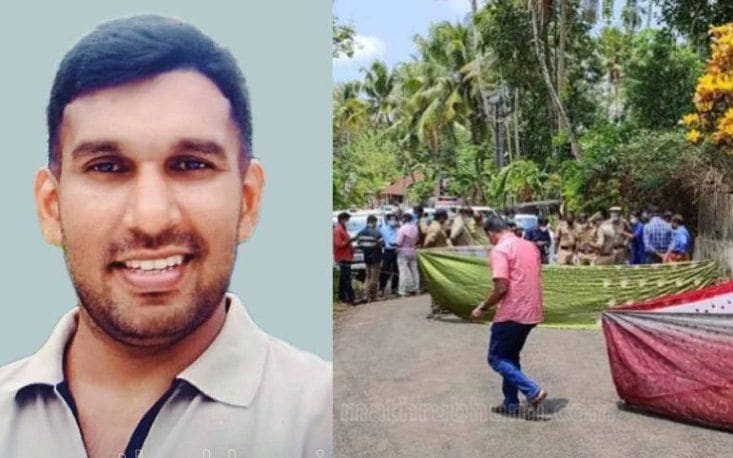 Thrissur: A Thrissur native who absconded after hacking his parents to death on a public road, was arrested by police on Monday.

Aneesh (38), hailing from Mattathur, hacked his father Subramanian (68) and mother Chandrika (63) on a public road adjoining their house on Sunday morning over a dispute on planting mango sapling. Aneesh fled from the crime scene in a bike soon after the incident. Following this, police intensified search and issued a lookout notice. However, he surrendered at the Thrissur Commissioner's office on Monday morning.

According to police, a dispute ensued between Aneesh and Chandrika after he saw a mango sapling planted on the front yard of the house by his mother. Aneesh removed the sapling despite his father arguing with him. In a fit of anger, Aneesh attacked his parents using a sickle. His parents bled to death on the road while fleeing from Aneesh.

Subramanian and Chandrika are rubber tappers. Aneesh was working abroad after his graduation and returned to the state and became a driver.