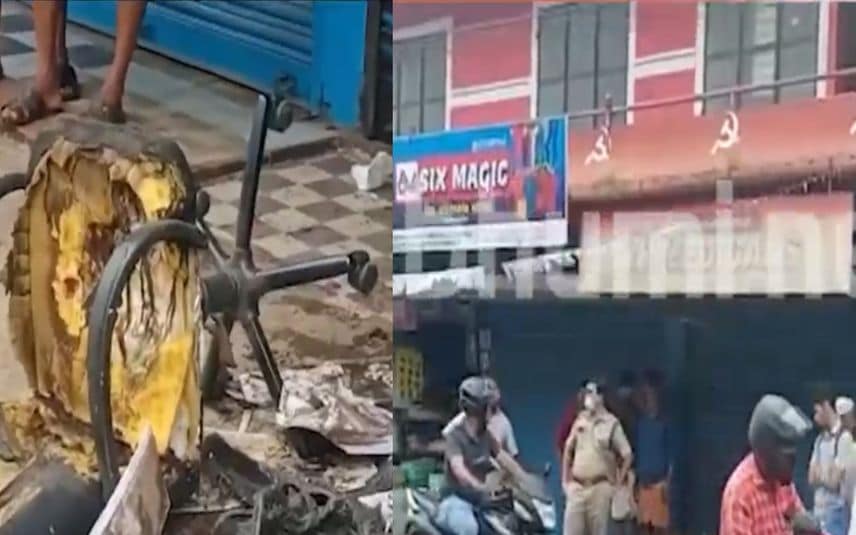 Kasaragod: In a shocking incident, a man set his estranged wife ablaze at Cheruvathur here on Saturday. The accused is identified as Pradeepan, a native of Cheruvathur. Police took him into custody soon after the incident.

Pradeepan visited the medical store where his wife Bineesha is employed and set on her fire. She suffered severe injuries on her face and hands. She is undergoing treatment at a hospital.

The incident took place on Saturday afternoon. Pradeepan and his wife Bineesh are separated due to issues in their married life. Police informed that Pradeepan attacked his wife as continuation of these issues between them.

Bineesha is employed at VR Medical Store in Cheruvathur. Pradeepan who visited her at the medical store around 1 pm got into an argument with her. Following this, he allegedly doused his wife with petrol and set fire. Only Bineesha was present at the shop during the time of the attack. She suffered severe burn injuries. Medicines and furniture at the shop were also gutted in fire.