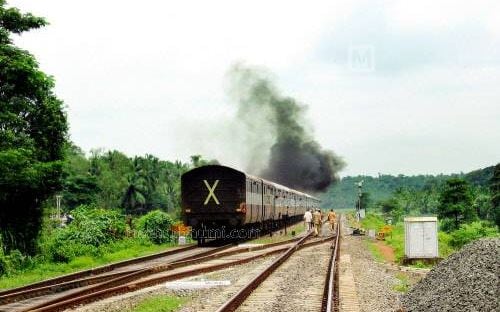 Koyilandy: Dasan, the man who rescued an elderly woman walking on the tracks unaware of an approachng train, has turned quite the hero in his locality.

Fathima, an 88-year-old woman, was walking through the tracks near Chengottukavu overbridge on Tuesday noon without knowing that a train was approaching her from behind.

Chengottukavu native Dasan who was passing through the nearby road ran to the tracks, lifted Fathima and jumped away from the track. The train coming from Kozhikode was just meters away at that point. Dasan returned home only after ensuring that Madakkara native Fathima was back with her family.

10-yr-old girl, father die after being hit by train in Tanur

Woman, daughter killed after being hit by train in Aluva