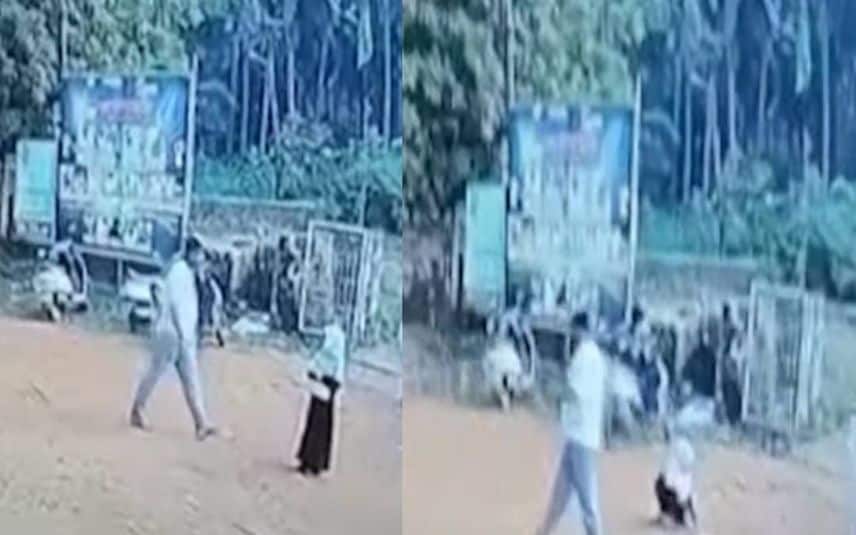 Kasaragod: A 31-year-old man was arrested for lifting a minor and flinging her to the road without any provocation in Manjeshwar in this district on Thursday, police said.The horrifying incident occurred this morning when the eight year-old girl was waiting outside the Madrassa for her uncle to pick up.

The incident came to limelight after the CCTV visuals of the school were examined by her relatives when the shocked girl informed them that somebody had hit her while standing on the roadside.

In the visuals, which had gone viral on social media, the accused, Siddique, could be seen walking towards the girl, who was standing on the other side of the road, hitting her and violently lifting her before throwing her on the ground suddenly.

He could be seen walking back as if nothing had happened.

The girl's uncle said she was thoroughly shaken by the incident and even was not ready to narrate anything to the family members initially.

"She later said somebody hit her while standing on the roadside. Thus, I went back and examined the CCTV visuals and I was shocked seeing the footage," he said.

As there was huge outcry on social media platforms and local channels started airing the visuals, the police took the accused into custody.

A police officer said a case was registered under Indian Penal Code (IPC) 307 (attempt to murder) and sections of the Protection of Children from Sexual Offences (POCSO) Act and his arrest was recorded.

"The girl has no external injuries. She is now taken to a hospital in Mangalore for a detailed check-up," he said.