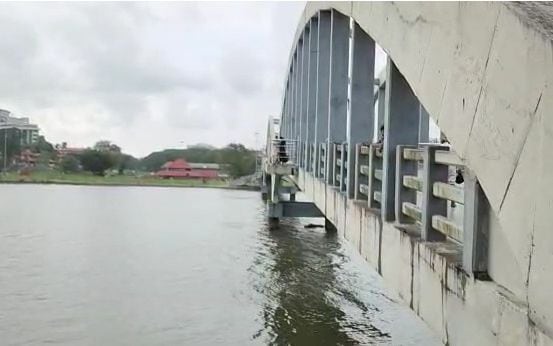 Kochi: In a shocking incident, a man and his two children drowned in Periyar river here on Saturday. According to witnesses, the man jumped into the river after throwing his son and daughter to the river.

The deceased are identified as Palarivattom natives Ullas Hariharan, his daughter Vishnupriya and son Ekanath.

Three dead bodies have been recovered from the river.

The incident took place around 4.30 pm on Saturday.

Scooba Diving team of Fire Force carried out the search operations and recovered the bodies.

Family members of Ullas informed that Ullas had left the house along with his children after the noon hours. A team of police has headed to Palarivattom for a further probe.