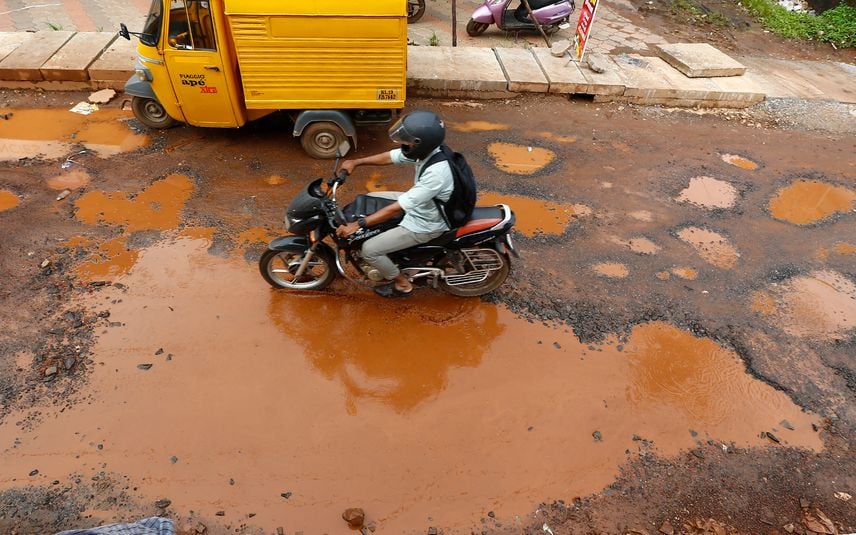 Kochi: Kerala High Court slammed the government for not repairing Aluva- Perumbavoor road. Justice Devan Ramachandran ordered the concerned engineer to appear before the court on Monday and report the reason for the delay in taking up repair works. The court warned that the district collector will be summoned if any case of accident is reported again due to potholes on road.

The High Court was considering the case immediately following the death of Vazhakulam native Kunju Muhammed (70) in an accident caused when his scooter fell in a huge pothole on Aluva- Perumbavoor road. Though Kunju Muhammed fell on the road, his death was due to blood pressure and diabetes, the government pleader said. But, the court reminded not to humiliate a dead person.

“Why would the state need engineers if the potholes could not be repaired on time? An accident caused due to negligence of a person cannot happen again. How many persons would have to undergo trial if this happened in a developed nation?” lashed the court.

The single bench condemned that the engineers are unaware of the pathetic plight of roads as they are travelling in cars. The court feels ashamed to repeat the same issue umpteen times, said the justice.

Meanwhile, the government informed the court that repair works were delayed as the Aluva- Perumbavoor road has been included in the KIIFB project to reconstruct it as a four-lane road. Rs 10 lakh was allotted for repairing the 11.07 kilometre road which was damaged completely. But, when the works began, people protested by demanding a four-lane road. However, the government assured that repair works will be completed within two weeks.

Kunju Muhammed’s son Manaf declined the government’s claim that Kunju Muhammed died due to health issues. He said that the injury caused on the head in the fall resulted in the death of Kunju Muhammed. No one representing the government was willing to talk to the family after the incident, he added.