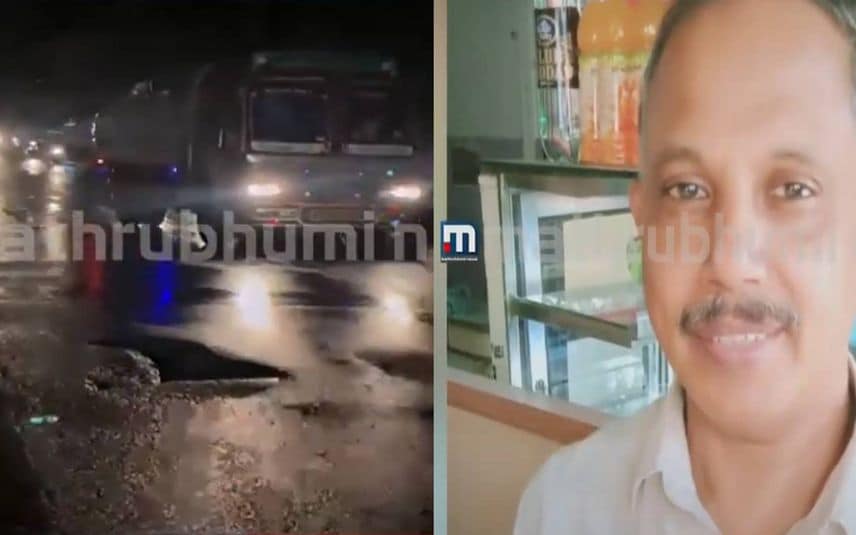 Kochi: In a tragic incident, a motorcyclist was killed after falling into a pothole on the National Highway at Athani near Angamaly on Friday. The deceased is identified as Paravur native Hashim, a worker of a hotel.

According to reports, his scooter fell into a pothole while travelling via the Angamaly-Edappally road. He was mowed down by a speeding lorry and was thrown off to the opposite side of the road.

The accident took place near a Nedumbassery school around 11 pm on Friday.

Following this, the National Highway Authority repaired the road on Friday night itself. The police informed that a case will be registered after examining the CCTV visuals.

DYFI staged a protest over the negligence of the NHAI to repair roads. It is alleged that the pothole was posing a threat to the public for a long time. Natives criticised that road accidents are increasing due to negligence in repairing roads.