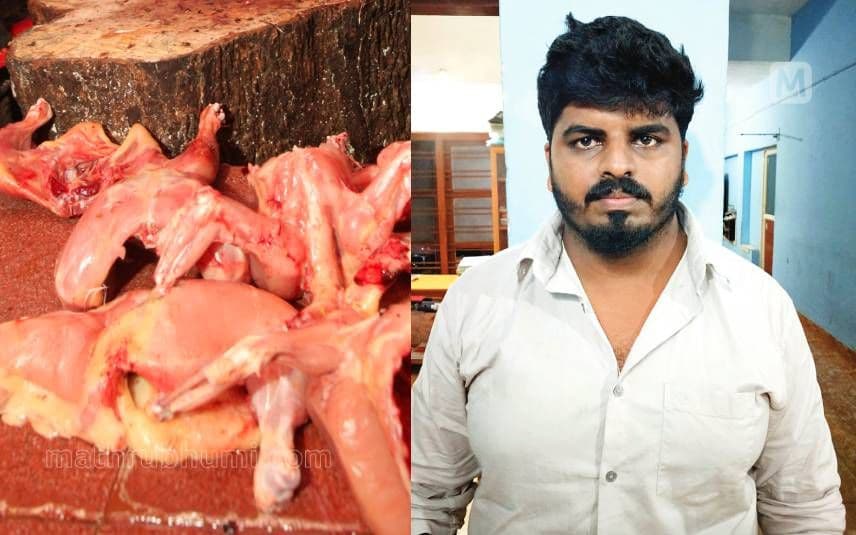 Edappal: A chicken stall owner was booked for allegedly cheating customers by manipulating a weighing machine using remote control in Edappal. The accused has been identified as Vattamkulam native Afsal (31).

He used to sell chicken offering attractive discounts to customers when compared to other stalls here. Though he sold chicken at a lower rate, he used to control the electronic balance with a remote and manipulate the weight.

Afsal had sold chicken with a discount of Rs 10 to Rs 20 even during the Bakrid festival season. With this, customers flocked to Afsal’s stall leaving the other stalls at loss. It was the other chicken stall owners, who felt suspicious over the business of Afsal had caught him red-handed.

The screen on the balance showed 1 kilogram even before Afsal placed 1 kg of chicken on it. This has been done with a remote control. Police informed that an investigation has been launched to find out whether any other merchants are using similar fraudulent systems in the locality and also to identify the technical possibilities of it.

The accused has been arrested on grounds of cheating and offences related to weight and measures under IPC. The investigation team led by Inspector Basheer Chirakkal comprises Sub Inspectors Vijayan, Rajendran and Khalid also.