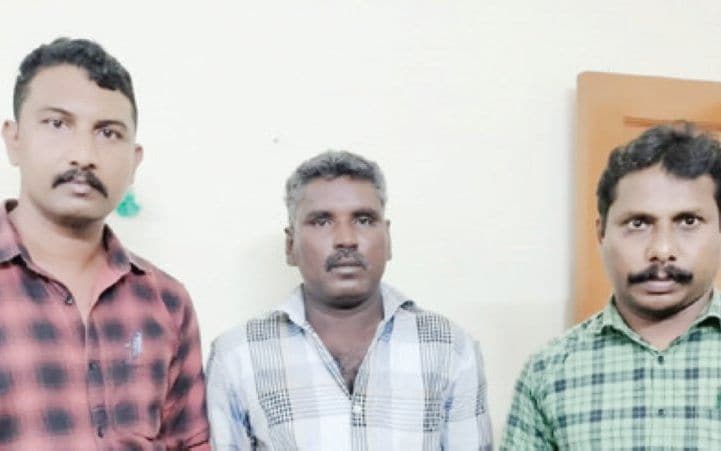 Arakkulam: A man accused of stealing gold and money was arrested by Kanjar police from Kamakshipuram in Tamil Nadu 15 years after the crime took place. The prime accused in the case, Sholayappa, was arrested by a squad comprising Kanjar police ASI PK Nisar and Civil Police Officer Salahudheen.

The arrest was based on the instructions issued by DySP Madhu Babu. The theft took place at Thuruthikkara native Shibu’s house in 2007. 15.5 sovereigns of gold and Rs 1500 were stolen. Three members of a gang including Yesudas, Vadivelu and Palanivelu were arrested by Tamil Nadu police back in 2007 for another theft case. However, Sholayappa wasn’t found in the investigation that followed. The case turned cold and was reviewed recently after a long time.

A special team was appointed to find leads in such cases and the fourth accused was nabbed after 15 years. The court has remanded the accused.

Her husband hired me, claims accused in theft at Palakkad woman’s business establishment

Kerala likely to promulgate ordinance to curb sorcery in the wake of Elanthoor ...